Getting the measure of the earth.

It is generally accepted that the Pythagoreans in the sixth century BCE were the first to recognise and accept that the earth is a sphere. It is also a historical fact that since Aristotle in the fourth century BCE nobody of any significance in the western world has doubted this fact. Of course recognising and accepting that the earth is a sphere immediately prompts other questions, one of the first being just how big a sphere is it? Now if I want to find the circumference of a cricket ball (American readers please read that as a baseball ball) I whip out my handy tape measure loop it around the ball and read of the resulting answer, between 224mm and 229mm (circa 230mm for American readers). In theory I could take an extremely long tape measure and following a meridian (that is a great circle around the globe through the north and south poles) loop it around the globe reading off the answer as before, 40,007.86 km (radius) 6356.8km according to Wikipedia. However it doesn’t require much imagination to realise the impracticality of this suggestion; another method needs to be found.

Famously, the earliest known scientific measurement of the polar circumference was carried out by Eratosthenes in the third century BCE. Eratosthenes measured the elevation of the sun at midday on the summer solstice in one of two cities that he thought to be on the same meridian knowing that the sun was directly overhead at the other.  Knowing the distance between the cities it is a relative simple trigonometrical calculation to determine the polar circumference. Don’t you love it when mathematicians say that a calculation is simple!  He achieved an answer of 250 000 stadia but as there were various stadia in use in the ancient world at this time and we don’t know to which stadia he was referring we don’t actually know how accurate his measure was.

Other astronomers in antiquity used the more common method of measuring a given distance on a meridian, determining the latitude of the ends and again using a fairly simple trigonometrical calculation determining the polar circumference. This method proved to be highly inaccurate because of the difficulties of accurately measuring a suitably long, straight north south section of a meridian. The errors incurred leading to large variations in the final circumference determined.

In the eleventh century CE the Persian scholar al-Biruni developed a new method of determining the earth’s circumference. He first measured the height of a suitable mountain, using another of those simple trigonometrical calculations, then climbing the mountain measuring the angle of dip of the horizon. These measurements were followed by, you’ve guessed it, yet another simple trigonometrical calculation to determine the circumference. Various sources credit al-Biruni with an incredibly accurate result from his measurements, which is to be seriously doubted. For various reasons it is almost impossible to accurately determine the angle of dip and the method whilst theoretically interesting is in practice next to useless.

In the Renaissance Gemma Frisius’ invention of triangulation in 1533 provided a new method of accurately measuring a suitably long north south section of a meridian. The first to apply this method to determine the length of one degree of meridian arc was the Dutch mathematician Willibrord Snel, as described in his Eratosthenes Batavus (The Dutch Eratosthenes) published in 1617. He measured a chain of triangles between Alkmaar and Bergen op Zoom and determined one degree of meridian arc to be 107.395km about 4km shorter than the actual value. Snel’s measurement initially had little impact but it inspired one that was to become highly significant.

The meridian arc measurement inspired by Snel was carried out by the French astronomer Jean-Félix Picard who was born the son of a bookseller, also called Jean, in La Flèche on 21st July 1620.  As is unfortunately all too often the case for mathematicians in the Early Modern Period we know very little about Picard’s background or childhood but we do know that he went to school at the Jesuit College in La Flèche where he benefited from the Clavius mathematical programme as did other La Flèche students such as Descartes, Mersenne and Gassendi. Picard left La Flèche around 1644 and moved to Paris where he became a student of Gassendi then professor for mathematics at the Collège Royal. Whether he was ever formally Gassendi’s student is not known but he certainly assisted in his astronomical observations in the 1640s. In 1648 Picard left Paris for health reasons but in 1655 he returned as Gassendi’s successor at the Collège Royal; an appointment based purely on his reputation, as he had published nothing at this point in his life.

In 1665 Jean-Baptist Colbert became finance minister of France and began to pursue an aggressive science policy. 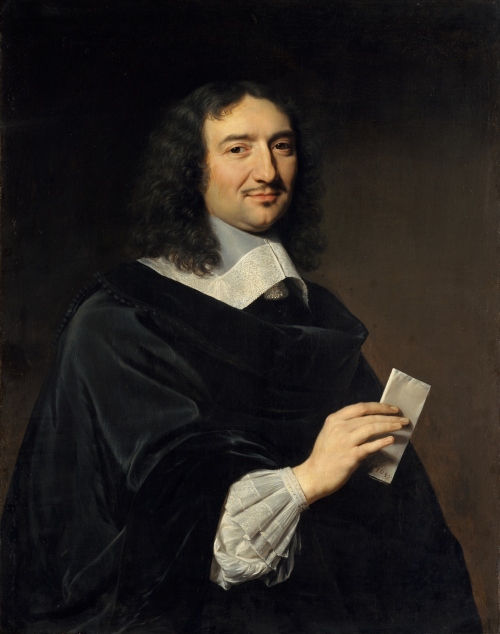 He established the Académie des sciences in 1666 modelled on its English counterpart the Royal Society but unlike Charles who gave his scientists no financial support Colbert supplied his academicians, of whom Picard was one, with generous salaries. It was also Colbert who motivated his academicians to produce a new, modern, accurate map of France and this was when Picard became a geodesist and cartographer.

Following the methods laid down by Snel Picard made the first measurement of what is now the legendary Paris meridian, which would a hundred years later in extended form become the basis of the metre and thus the metric system. He first measured an eleven-kilometre base line south of Paris between Villejuif and Juvisy across what is now Orly airport using standardised wooden measuring rods. 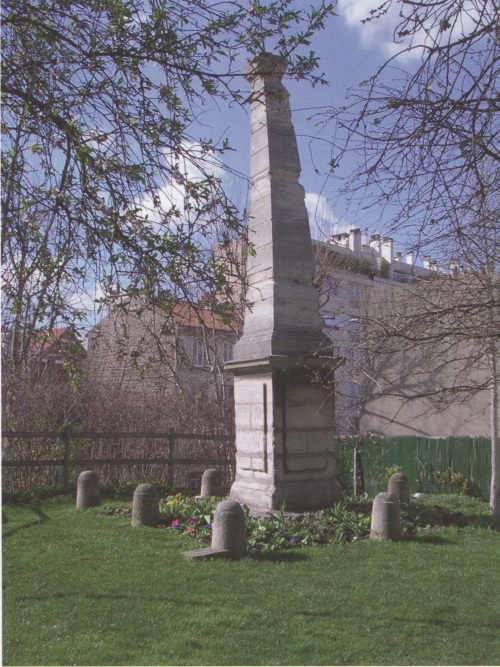 The straight path that he created became the Avenue de Paris in Villejuif and later the Route National 7 through Orly to Juvisy. From this baseline Picard triangulated northwards through Paris and a little further south. For his triangulation Picard used a theodolite whose sighting telescope was fitted with cross hair. The first ever use of such an instrument. Picard determined one degree of meridian arc to be 110.46 km making the polar radius 6328.9 km.

Picard’s triangulation and his instruments

Whilst Picard was out in the field measuring triangles Colbert was hiring Giovanni Domenico Cassini away from Bologna to work in the newly constructed Paris Observatory in what was probably to most expensive scientific transfer deal in the seventeenth century.

Following the success of Picard’s meridian triangulation he set about using the skills he had developed to map the coastline of France together with Cassini and Philippe de La Hire. The results of their endeavours greatly reduced the presumed size of France provoking Louise XIV’s famous quip that he had lost more territory to the cartographers than he had ever lost to his enemies.

Picard’s determination of the size of the earth would go on to play a significant role in the history of physics. In 1666 when the young Isaac Newton first got an inkling of the concept of a universal gravity he asked himself if the force that causes an object to fall to the ground (that infamous apple) is the same force that prevents the moon from shooting off at a tangent to its orbit, which it should do according to the law of inertia. Young Newton did a quick calculation on the back of an envelope and determined that it wasn’t.  As we now know they are of course the same force so what went wrong with the young Isaac’s calculations? The size of the earth that he had used in his calculation had been wrong. In the 1680s when Newton returned to the subject and redid his calculation he now took Picard’s value and discovered that his original assumption had indeed been correct. In his Principia Newton uses Picard’s value with acknowledgement.

The difference between Picard’s value for one degree of meridian arc and that determined by Snel led Cassini and his son to hypothesise that the earth is a prolate spheroid (lemon shaped) whereas Newton and Huygens had hypothesised that it is an oblate spheroid (orange shaped) a dispute that I’ve blogged about in the past.

Picard made other important contributions to astronomy and physics and it’s a little bit sad that that today when people hear or read the name Jean Picard they think of a character in a TV science fiction series and not a seventeenth century French astronomer.

[The photos showing the monuments marking the ends of Picard’s baseline are taken from Paul Murdin, Full Meridian of Glory: Perilous Adventures in the Competition to Measure the Earth, Copernicus Books, 2009]

15 responses to “Getting the measure of the earth.”