Who created the first scientific map of the moon? – I expect better of the British Library

This is the first scientific map of the moon and was produced in Paris by astronomer Giovanni Domenico Cassini. Working in the 1670s, Cassini used a telescope to make careful observations of the moon’s surface.

This is of course historical rubbish Cassini’s being by no means the first ‘scientific’ map of the moon and I thought who ever runs the @BL_prints Twitter account really ought to up their historical game then I followed the link to the British Library website and discovered the following text:

This is the first scientific map of the moon and was produced in Paris by astronomer Giovanni Domenico Cassini. Working in the 1670s, Cassini used a telescope to make careful observations of the moon’s pock-marked surface. Thanks to the map, 17th-century European scientists had a greater understanding of the moon than they did of much of the Earth’s surface.

If you look very carefully at the map, you will find a ‘Moon Maiden’ hiding behind one of the craters. It seems that either Cassini, or the map’s famous engraver Claude Mellan, included the detail, believing that this tiny part of the moon’s surface looked like a beautiful woman.

Interestingly the first scientific map of the moon was made before the invention of the telescope by William Gilbert (1540–1603) some time before1603. It was, however first published in the text De Mondo Nostro Sublunari in Amsterdam in 1651. No attempts to accurately draw the surface of the moon have survived from antiquity or the Middle Ages if they ever existed. Gilbert also regretted that no such drawing from antiquity existed because he would have liked to compare and contrast in order to see if the moon had changed over time. Although made without the assistance of a telescope the moons features are recognisable on Gilbert’s map. 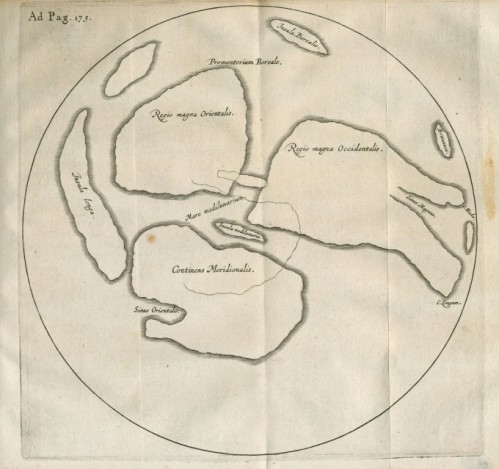 Harriot’s map is of course much more detailed than Glibert’s and displays a high level of accuracy. Harriot, however, never published his moon drawings and they remained unknown in the seventeenth century.

The first published drawings of the moon were, of course, those notorius ones of Galileo in the Sidereus Nuncius, which I won’t reproduce here. They can’t really be called maps of the moon as they bear little or no relation to the real moon and might best be described as studies of hypothetical lunar features.

Christoph Scheiner (1575–1650) also produced accurate drawings of the moon in the early phase of telescopic astronomy which he published in his Disquisitiones Mathematicae de Controversiis et Novitatibus Astronomicis in 1614.

The Dutch astronomer and cartographer Michel Florent van Langren (1598–1675) published an extensive telescopic map of the moon in 1645.

This was followed by the even more extensive telescopic map of Johannes Hevelius (1611–1687) in his Selenographia, sive Lunae descriptio in 1647. 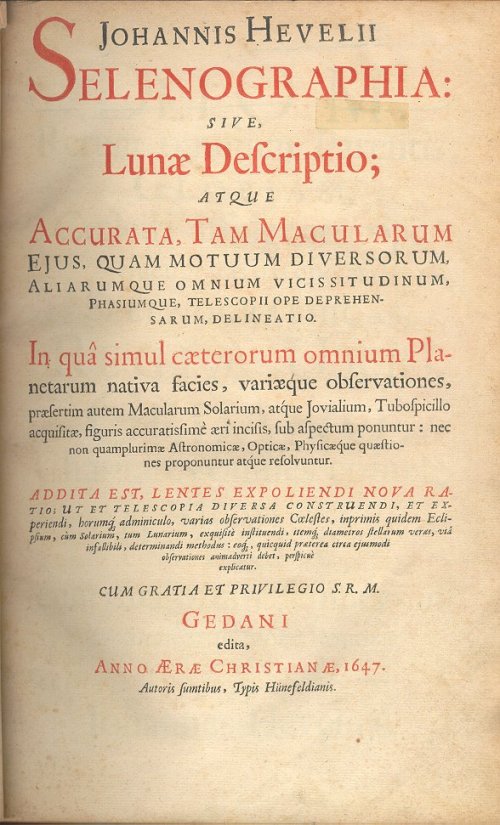 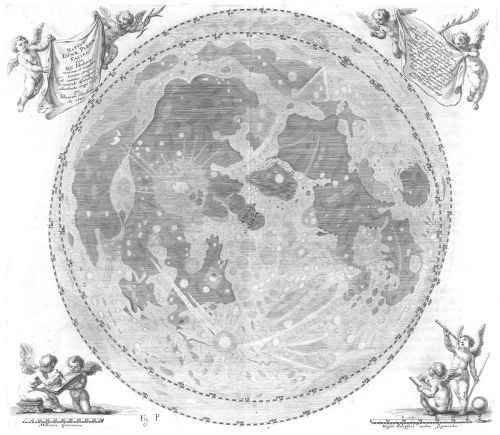 Next up we have the lunar map of Francesco Maia Grimaldi (1618–1663) and Giovanni Battista Riccioli (1598–1671), which supplied the nomenclature for the lunar features that we still use today, and was published in Riccioli’s Almagestum Novum in 1651. 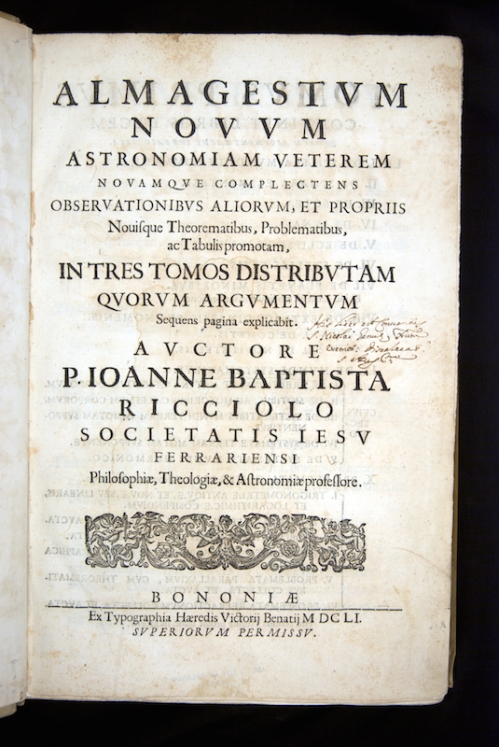 This last is particularly embarrassing for the British Library’s claim that Cassini’s is the first scientific map of the moon, as Cassini was a student of Grimaldi and Riccioli in Bologna and would have been well aware of their selenographical work.

Even if we discount Galileo’s lunar diagrams as not particularly scientific, Cassini comes in, at best, in seventh place  in the league table of lunar cartography. I really expect an institution as big and famous as the British Library, with its world-wide impact to put a little more effort into their public presentations of #histSTM.

5 responses to “Who created the first scientific map of the moon? – I expect better of the British Library”