All calendars are conventions and a compromise. The natural measures of time the day, the (lunar) month and the year are incommensurable, a long mathematical word meaning you can’t measure the one with the other without a bit left over.  In fact the lengths of those three natural measuring units vary according to how you measure them. Any calendar is an attempt to some how combine those units for practical purposes. The end result is that the ancient world had a wonderful patchwork of lunar calendars, lunar-solar calendars and solar calendars making the comparison of dates between different cultures an arithmetical nightmare.

This turned out to be a major problem for Greek astronomers when they first started to develop their version of mathematical astronomy. Greece itself was at the time a conglomerate of small states each with its own lunar calendar, the Egyptians used a pure solar calendar, the Babylonians used a lunar-solar calendar and everybody else had their own ways of recording time. The Greek astronomers drew their observational data from numerous sources throughout the ancient world and in order to able to use it to make usable mathematical models they somehow needed to reduce all the observations to a common time base. The base that they chose was the Egyptian solar calendar without leap years. This calendar had twelve thirty day months plus five extra days at the end of the year making a three hundred and sixty-five day year. This year slips about one day against the natural or solar year every four years, which however doesn’t really matter for mathematical calculations it being just a mechanism for counting off blocks of 365 days. This became the standard method of recording astronomical observations and events from sometime around the second century BCE up to and beyond Copernicus in the fifteenth century who used this theoretical Egyptian calendar in his De revolutionibus.

Of course this problem didn’t go away with the development of modern astronomy in the Early Modern Period and in the nineteenth century John Herschel introduced the Julian Day Count, which unifies all astronomical observations and events into a single day count starting from twelve midday on 1 January 4713 BCE. As I sit writing this post on 5 August 2013 it is 2456510 JD (Julian Day). To make life simpler for astronomers there are various modified Julian Day systems that chop off the first 240 000 or more days. However the most obvious question is why does the original Julian Day count begin in 4713 BCE?

To answer this question we have to go back to the Early Modern Period and the Bible chronologists. Now the Bible chronologists are a favourite target for biting sarcasm of the Gnu Model Army and other champions of scientism. As I have pointed out in the past in a post about James Ussher the Bible chronologists were being perfectly rational and scientific in the terms of their own period. I also wrote a post pointing out that Isaac Newton the hero of all defenders of scientism was also a Bible chronologist. In both of these posts I emphasised that Bible chronology played a significant role in the development of modern academic history providing a rational historical timeframe for study. A Bible chronologist who did much to modernise the study of history in chronological terms was Joseph Justus Scaliger to whom we owe the starting point of the Julian Day count and who was born in Agen in France on 5 August 1540. 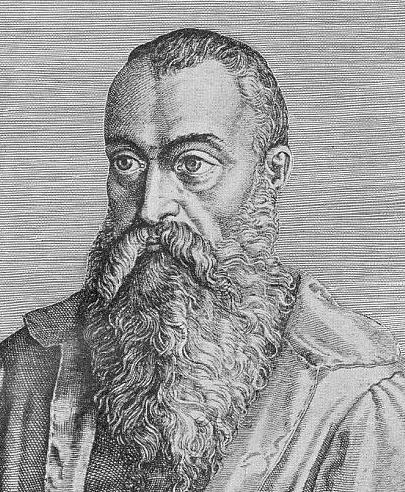 was a theologian, historian, jurist and philologist of vast intellect who was regarded as one of the leading scholars of Europe in his own lifetime. In his historical work he extended the study of ancient history beyond the Greeks and Romans to include Persian, Babylonian, Egyptian and Jewish history. It was in this study that he developed his concept of the Julian Period in order to be able to compare events between the cultures on a unified time scale.

Scaliger defined something he called the Julian Period of 7980 years, which was a product of three different dating cycles: The 19-year Meton cycle used in lunar-solar calendars, such as the Jewish one, the 28-year solar cycle, which is the number of years it takes for days of the week to repeat in the Julian calendar and the 15-year indiction cycle used for dating medieval manuscripts. Working backwards 4731 BCE is the last time that all three cycles were in their respective first years. Scaliger chose this date because it preceded his own calculated date for creation, 3949 BCE. With a unified scale Scaliger could give a Julian year number to any historical event within his researches, thus making cross-cultural comparisons possible. It’s sometimes falsely claimed that Scaliger named his epoch after his father, however this is not true. He stated quite clearly that it is named after the Julian calendar, as his years are Julian years and not Gregorian ones.

John Herschel justified his adoption of Scaliger’s system in his Outline of Astronomy (1848) as follows:

The period thus arising of 7980 Julian years, is called the Julian period, and it has been found so useful, that the most competent authorities have not hesitated to declare that, through its employment, light and order were first introduced into chronology. We owe its invention or revival to Joseph Scaliger, who is said to have received it from the Greeks of Constantinople. The first year of the current Julian period, or that of which the number in each of the three subordinate cycles is 1, was the year 4713 BC, and the noon of the 1st of January of that year, for the meridian of Alexandria, is the chronological epoch, to which all historical eras are most readily and intelligibly referred, by computing the number of integer days intervening between that epoch and the noon (for Alexandria) of the day, which is reckoned to be the first of the particular era in question. The meridian of Alexandria is chosen as that to which Ptolemy refers the commencement of the era of Nabonassar, the basis of all his calculations.

For astronomical purposes Herschel changed the count from years to days and by the end of the nineteenth century it had become universal as a dating method for astronomers and is still in use today. Modern astronomy dates all astronomical events using the Julian Day Count a system of dating that was first conceived by a Renaissance historian and Bible chronologist.

9 responses to “Counting the days.”