The emergence of modern astronomy – a complex mosaic: Part LI

By the middle of the nineteenth century there was no doubt that the Earth rotated on its own axis, but there was still no direct empirical evidence that it did so. There was the indirect evidence provided by the Newton-Huygens theory of the shape of the Earth that had been measured in the middle of the eighteenth century. There was also the astronomical evidence that the axial rotation of the other known solar system planets had been observed and their periods of rotation measured; why should the Earth be an exception? There was also the fact that it was now known that the stars were by no means equidistant from the Earth on some sort of fixed sphere but distributed throughout deep space at varying distances. This completely destroyed the concept that it was the stars that rotated around the Earth once every twenty-four rather than the Earth rotating on its axis. All of this left no doubt in the minds of astronomers that the Earth the Earth had diurnal rotation i.e., rotated on its axis but directly measurable empirical evidence of this had still not been demonstrated.

From the beginning of his own endeavours, Galileo had been desperate to find such empirical evidence and produced his ill-fated theory of the tides in a surprisingly blind attempt to deliver such proof. This being the case it’s more than somewhat ironic that when that empirical evidence was finally demonstrated it was something that would have been well within Galileo’s grasp, as it was the humble pendulum that delivered the goods and Galileo had been one of the first to investigate the pendulum.

From the very beginning, as the heliocentric system became a serious candidate as a model for the solar system, astronomers began to discuss the problems surrounding projectiles in flight or objects falling to the Earth. If the Earth had diurnal rotation would the projectile fly in a straight line or veer slightly to the side relative to the rotating Earth. Would a falling object hit the Earth exactly perpendicular to its starting point or slightly to one side, the rotating Earth having moved on? The answer to both questions is in fact slightly to the side and not straight, a phenomenon now known as the Coriolis effect produced by the Coriolis force, named after the French mathematician and engineer Gaspard-Gustave de Coriolis (1792–1843), who as is often the case, didn’t hypothesise or discover it first. A good example of Stigler’s law of eponymy, which states that no scientific discovery is named after its original discoverer. 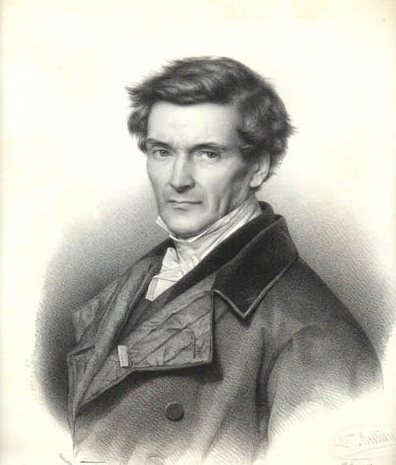 As we saw in an earlier episode of this series, Giovanni Battista Riccioli (1594–1671) actually hypothesised, in his Almagustum Novum, that if the Earth had diurnal rotation then the Coriolis effect must exist and be detectable. Having failed to detect it he then concluded logically, but falsely that the Earth does not have diurnal rotation.

Illustration from Riccioli’s 1651 New Almagest showing the effect a rotating Earth should have on projectiles.[36] When the cannon is fired at eastern target B, cannon and target both travel east at the same speed while the ball is in flight. The ball strikes the target just as it would if the Earth were immobile. When the cannon is fired at northern target E, the target moves more slowly to the east than the cannon and the airborne ball, because the ground moves more slowly at more northern latitudes (the ground hardly moves at all near the pole). Thus the ball follows a curved path over the ground, not a diagonal, and strikes to the east, or right, of the target at G. Source: Wikimedia Commons

Likewise, the French, Jesuit mathematician, Claude François Millet Deschales (1621–1678) drew the same conclusion in his 1674 Cursus seu Mondus Matematicus. The problem is that the Coriolis effect for balls dropped from towers or fired from cannons is extremely small and very difficult to detect.

The question remained, however, a hotly discussed subject under astronomers and natural philosophers. In 1679, in the correspondence between Newton and Hooke that would eventually lead to Hooke’s priority claim for the law of gravity, Newton proffered a new solution to the problem as to where a ball dropped from a tower would land under the influence of diurnal rotation. In his accompanying diagram Newton made an error, which Hooke surprisingly politely corrected in his reply. This exchange did nothing to improve relations between the two men.

Leonard Euler (1707–1783) worked out the mathematics of the Coriolis effect in 1747 and Pierre-Simon Laplace (1749–1827) introduced the Coriolis effect into his tidal equations in 1778. Finally, Coriolis, himself, published his analysis of the effect that’s named after him in a work on machines with rotating parts, such as waterwheels in 1835, G-G Coriolis (1835), “Sur les équations du mouvement relatif des systèmes de corps”.

What Riccioli and Deschales didn’t consider was the pendulum. The simple pendulum is a controlled falling object and thus also affected by the Coriolis force. If you release a pendulum and let it swing it doesn’t actually trace out the straight line that you visualise but veers off slightly to the side. Because of the controlled nature of the pendulum this deflection from the straight path is detectable.

For the last three years of Galileo’s life, that is from 1639 to 1642, the then young Vincenzo Viviani (1622–1703) was his companion, carer and student, so it is somewhat ironic that Viviani was the first to observe the diurnal rotation deflection of a pendulum. Viviani carried out experiments with pendulums in part, because his endeavours together with Galileo’s son, Vincenzo (1606-1649), to realise Galileo’s ambition to build a pendulum clock. The project was never realised but in an unpublished manuscript Viviani recorded observing the deflection of the pendulum due to diurnal rotation but didn’t realise what it was and thought it was due to experimental error.

It would be another two hundred years, despite work on the Coriolis effect by Giovanni Borelli (1608–1679), Pierre-Simon Laplace (1749–1827) and Siméon Denis Poisson (1781–1840), who all concentrated on the falling ball thought experiment, before the French physicist Jean Bernard Léon Foucault (1819–1868) finally produced direct empirical evidence of diurnal rotation with his, in the meantime legendary, pendulum.

If a pendulum were to be suspended directly over the Geographical North Pole, then in one sidereal day (sidereal time is measured against the stars and a sidereal day is 3 minutes and 56 seconds shorter than the 24-hour solar day) the pendulum describes a complete clockwise rotation. At the Geographical South Pole the rotation is anti-clockwise. A pendulum suspended directly over the equator and directed along the equator experiences no apparent deflection. Anywhere between these extremes the effect is more complex but clearly visible if the pendulum is large enough and stable enough.

Foucault’s first demonstration took place in the Paris Observatory in February 1851. A few weeks later he made the demonstration that made him famous in the Paris Panthéon with a 28-kilogram brass coated lead bob suspended on a 67-metre-long wire from the Panthéon dome. 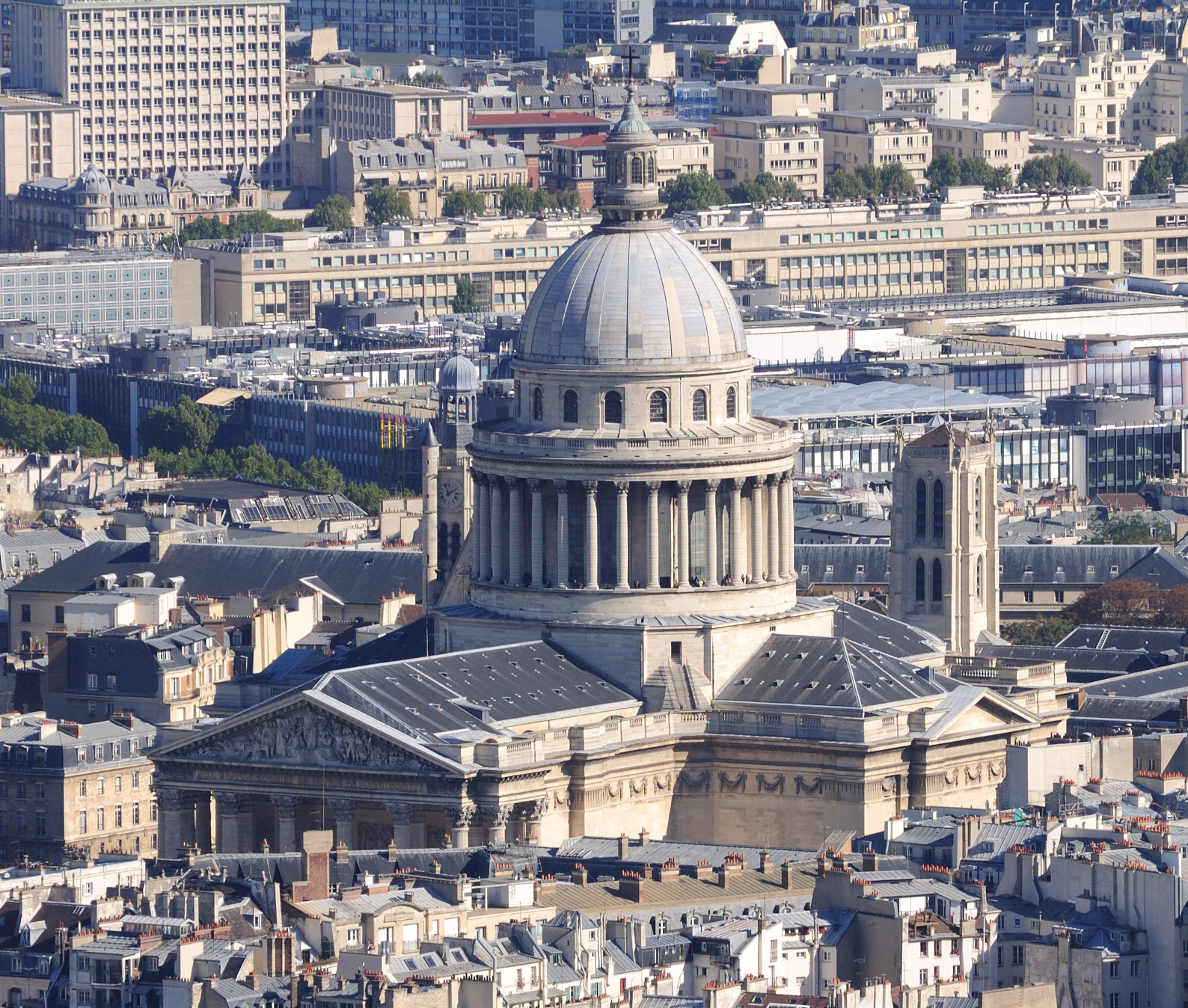 His pendulum had a period of 16.5 seconds and the pendulum completed a full clockwise rotation in 31 hours 50 minutes. Setting up and starting a Foucault pendulum is a delicate business as it is easy to induce imprecision that can distort the observed effects but at long last the problem of a direct demonstration of diurnal rotation had been produced and with it the final demonstration of the truth of the heliocentric hypothesis three hundred years after the publication of Copernicus’ De revolutionibus. 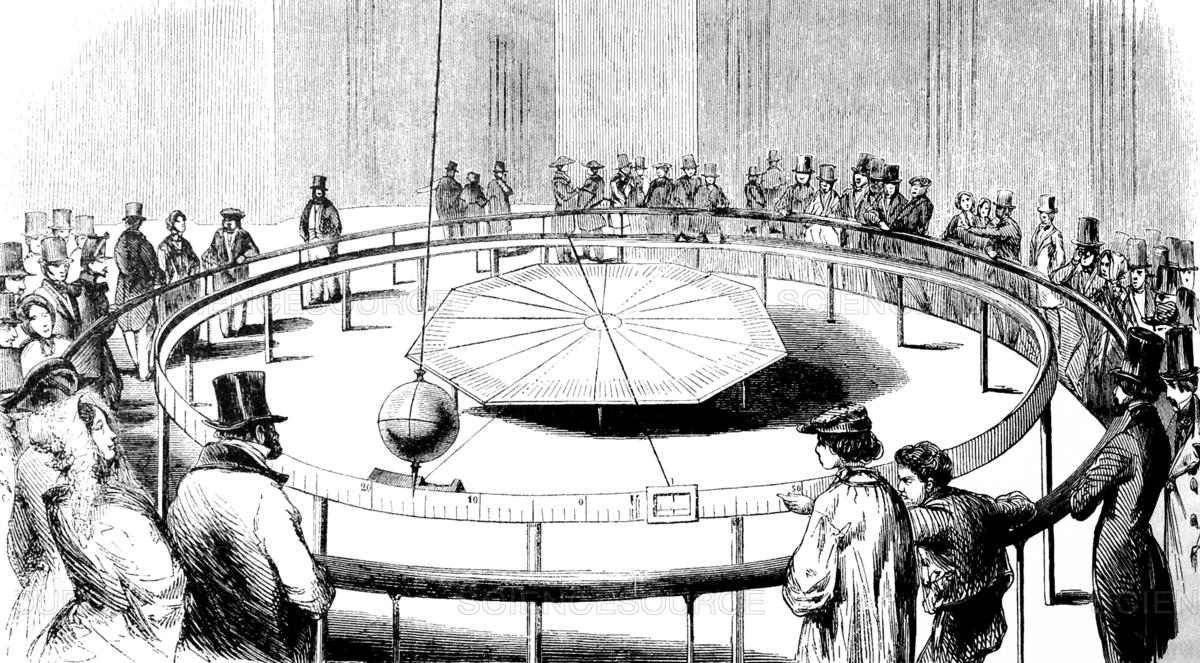 19 responses to “The emergence of modern astronomy – a complex mosaic: Part LI”