When you have very little income and no reserves and you run out of money, it is not easy asking other people for help, things like pride, shame and self-esteem tend to get in the way. Because of this I battled with myself for several weeks about setting up a Gofundme after it became clear that at some point I was going to have to buy a new computer. Even after I had grudgingly accepted that it was probably my best bet and wrote the text that I posted here on Saturday, I didn’t post it straight away but vacillated for more than a week, editing, rewriting and generally procrastinating, shall I, shan’t I? In the end I metaphorically closed my eyes, gritted my teeth and pushed out my text on Saturday afternoon, in my opinion probably the worst time of the week to launch an appeal, as lots of people take a sort of break from the Internet at the weekend. Because of this I was totally dumbstruck when I realised less that eighteen hours later, on the Sunday, that I had already almost doubled my original target in donations.

My immediate reaction was the following text that I posted on Twitter:

To say that I’m totally and utterly mind blown at the unbelievably kind and generous response to my appeal for help in buying a new computer would be an understatement. Will write a full response on the blog soon but till then thank you one and all!

Because so many people on Twitter had not only donated themselves but also boosted my signal on Twitter often added their own recommendation and praise for my humble scribblings, I added the following:

People moan and complain about Twitter but the #histSTM community is an incredibly rich and vibrant source of advice, information and help. Which is all offered openly, freely and with much good will. A true republic of letters.

Guess we all want you to keep on doing what you do!

To which I replied:

I currently have more than double the sum I asked for, donated by 119 wonderfully generous people and the donations haven’t stopped, yet!

I am totally overwhelmed by this unbelievable affirmation of the value of my work here on this blog and nothing I could say would adequately express my deep and heartfelt thanks that you all want me to keep on doing what I do to quote the good Dr Langman. 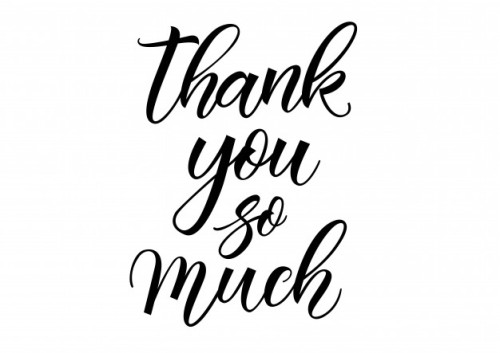 P.S. this week’s post is somewhat behind schedule but I’m working on getting it finished, so hang in there!

5 responses to “T’would appear so!”