Eleven is a number word in English that derives from the Old English ęndleofon, which is first attested in Bede’s Ecclesiastical History of the English People. There are cognates in all the Germanic languages, all of which have the same meaning of ‘one is left’. Left that is having counted up to ten. This is of course, a clear linguistic indication that we use, and have long used, a ten based, or decimal, number system contingent on the fact that through evolutionary chance we possess ten fingers or digits. Just to round up the picture twelve and its equivalents in other Germanic languages originally meant ‘two are left’ before we move onto thirteen, fourteen etc., which are simply three plus ten, four plus ten and so on and so fourth. 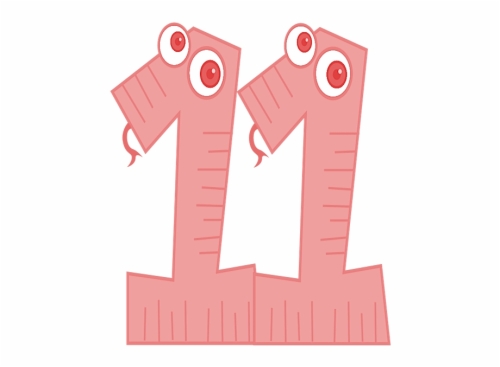 Coming back to eleven, on this day one year ago we celebrated, in our own inimitable way, the glorious tenth anniversary of the Renaissance Mathematicus that we are still here 366 days later, don’t forget that 2020 is a leap year, means that your favourite malcontent, #histSTM blogger has managed to fill yet another year with his incoherent scribblings. Counting up to ten we have one left. Ignoring such trivial matters, as the current world pandemic not much has changed in the world of the Renaissance Mathematicus. I have somehow managed, against my usually tendency to wander off and start something else, to complete another twenty-five slices of my, in the meantime, monumental series on the emergence of modern astronomy, bringing the word count up to a guesstimated fifty to sixty thousand. An end is actually in sight even if we haven’t quite reached it yet. This will be when the real work starts if I really want to turn it into a book. I need to go back to the beginning and basically rewrite the entire thing!

Turning to other matters, today is purely by chance the religious festival Corpus Christi or to give it it’s official title Dies Sanctissimi Corporis et Sanguinis Domini Iesu Christi (Day of the Most Holy Body and Blood of Jesus Christ the Lord), a Christian liturgical solemnity celebrating the Real Presence of the Body and Blood, Soul and Divinity of Jesus Christ in the elements of the Eucharist, to quote Wikipedia. 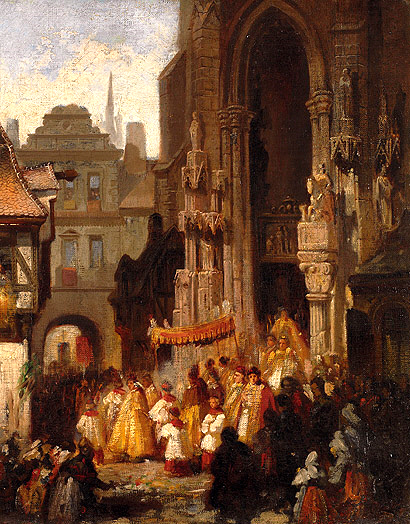 Now you might think that this particular piece of Catholic mumbo-jumbo (you might remember that one of the things that divided Catholics and Protestants during the Reformation, is that Protestants stopped believing that the bread and wine actually changed into the body and blood of Christ) has little or nothing to do with the history of science, you would be wrong.

To start with we need to address the chance bit. Corpus Christi, which is anchored to Easter, is one of those movable feasts in the Church calendar the irregular occurrences of which are determined by the Gregorian calendar, the introduction of which involved some very intricate astronomy and mathematics, which have the been the subject of a couple of blog posts here.

The actually Church feast was suggested by and campaigned for, thirty years long by Juliana of Liège (c. 1192–1258) prioress of the double canonry of Liège and her wish was granted by Pope Urban IV, who commissioned his chief theologian Thomas Aquinas (1225–1274) to compose an office for the Feast of Corpus Christi to be celebrated on the Thursday after Pentecost, which is itself celebrated fifty days after Easter Sunday. Thomas Aquinas plays a very central role in the history of European science, as it was he together with his teacher Albertus Magnus (before 1200–1280), who made Aristotelian natural philosophy acceptable for the Catholic Church, thus establishing it as the predominant scientific corpus in the European High Middle Ages.

The next #histSTM connection with the feast of Corpus Christi actually occurred in the life of Galileo. In his Il Saggiatore Galileo speculated a little bit with the ancient Greek theory of atomism. Because of this he was denounced anonymously to the Inquisition. The denunciation claimed that atomism contradicted the Church’s teaching on transubstantiation, which was based on the medieval Aristotelian theory of matter.  This distinguished between substantial and accidental properties of matter. In this theory the appearance of a piece of matter is accidental but its true nature is substantial. According to the transubstantiation theory the bread and the wine change in their substance into the body and blood of Christ whilst retaining the accidental appearance of bread and wine. If, however, the Aristotelian theory of matter were to be replaced with atomism this theory would no longer function. The Inquisition never proceeded against Galileo in this matter but it is of note that in England Thomas Harriot and Sir Walter Raleigh were held and questioned on a similar charge somewhat earlier.

Returning to personal matters, as is usually my wont in my birthday posts, I recently had an acrimonious exchange with one of my readers, whose comments were from the beginning aggressive, insulting and historically false. I tried to reason with him and he just got more abusive in his tone. In the end I blocked him and erased his comments but I found his parting shot insult, and it was clearly meant as an insult, fascinating; he stated that I was not a historian but a storyteller.

This is interesting because, as is very clear to see history and story share the same etymological root, the Latin historia, “narrative of past events, account, tale, story,” from Greek historia “a learning or knowing by inquiry; an account of one’s inquiries; knowledge, account, historical account, record, narrative.” It is not until the late 15thcentury that the two differentiated meanings for history and story began to slowly appear. In German the same word, Die Geschichte means both story and history, the different meanings depending on context. 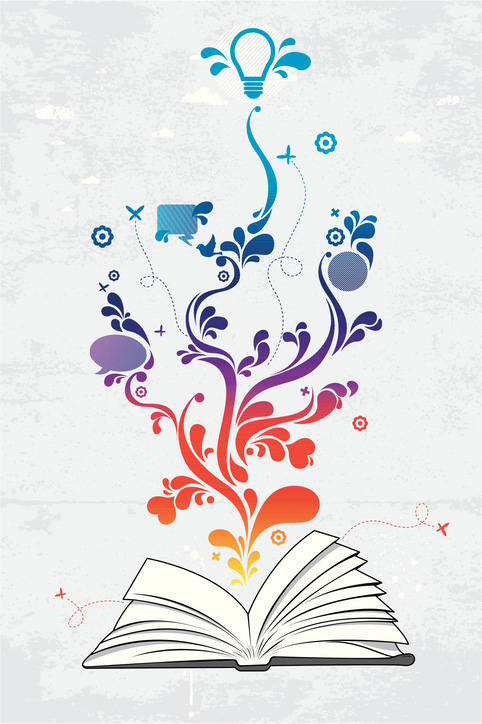 If I get asked in a formal or semi-formal context how I describe what I do, my answer is that I’m a narrative historian of the contextual history of science. That quite a mouthful and might sound, to some, rather pretentious. If I get asked what that means, my answer is I’m a storyteller. I don’t regard being called a storyteller as an insult; I regard it as a compliment.