I spend a lot of my time trying to unravel and understand the complex bundle that is Renaissance or Early Modern mathematics and the people who practiced it. Regular readers of this blog should by now be well aware that the Renaissance mathematici, or mathematical practitioners as they are generally known in English, did not work on mathematics as we would understand it today but on practical mathematics that we might be inclined, somewhat mistakenly, to label applied mathematics. One group of disciplines that we often find treated together by one and the same practitioner consists of astronomy, cartography, navigation and the design and construction of tables and instruments to aid the study of these. This being the case I was delighted to receive a review copy of Margaret E. Schotte’s Sailing School: Navigating Science and Skill, 1550–1800[1], which deals with exactly this group of practical mathematical skills as applied to the real world of deep-sea sailing. 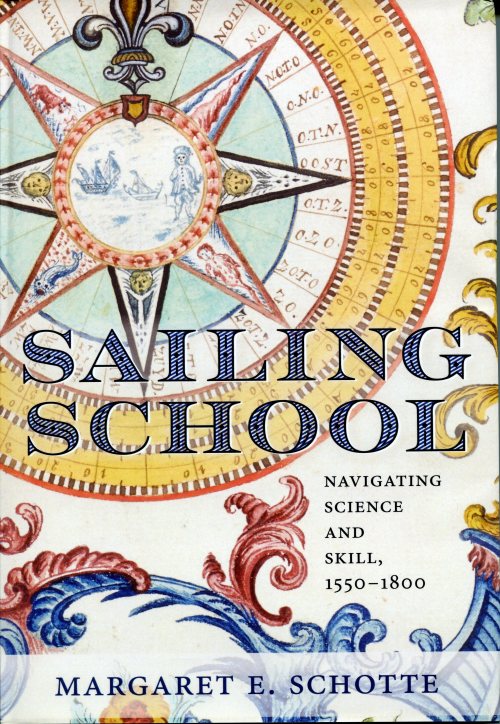 Schotte’s book takes the reader on a journey both through time and around the major sea going nations of Europe, explaining, as she goes, how each of these nations dealt with the problem of educating, or maybe that should rather be training, seamen to become navigators for their navel and merchant fleets, as the Europeans began to span the world in their sailing ships both for exploration and trade.

Having set the course for the reader in a detailed introduction, Schotte sets sail from the Iberian peninsular in the sixteenth century. It was from there that the first Europeans set out on deep-sea voyages and it was here that it was first realised that navigators for such voyages could and probably should be trained. Next we travel up the coast of the Atlantic to Holland in the seventeenth century, where the Dutch set out to conquer the oceans and establish themselves as the world’s leading maritime nation with a wide range of training possibilities for deep-sea navigators, extending the foundations laid by the Spanish and Portuguese. Towards the end of the century we seek harbour in France to see how the French are training their navigators. Next port of call is England, a land that would famously go on, in their own estimation, to rule the seven seas. In the eighteenth century we cross the Channel back to Holland and the advances made over the last hundred years. The final chapter takes us to the end of the eighteenth century and the extraordinary story of the English seaman Lieutenant Riou, whose ship the HMS Guardian hit an iceberg in the Southern Atlantic. Lacking enough boats to evacuate all of his crew and passengers, Riou made temporary repairs to his vessel and motivating his men to continuously pump out the waters leaking into the rump of his ship, he then by a process of masterful navigation, on a level with his contemporaries Cook and Bligh, brought the badly damaged frigate to safety in South Africa. 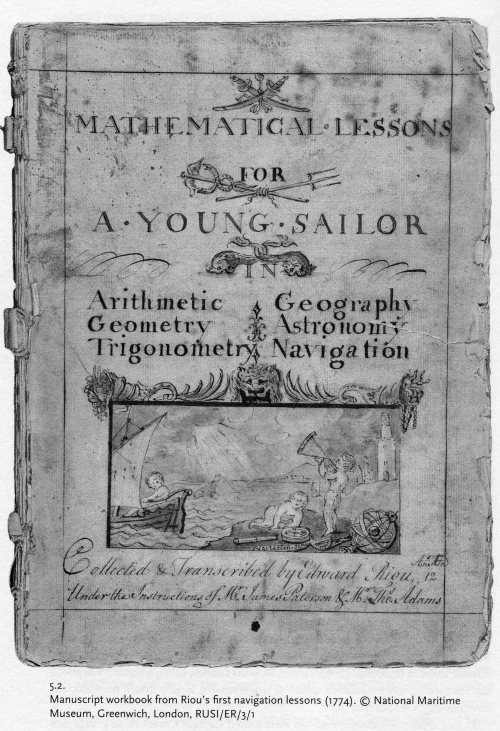 In each of our ports of call Schotte outlines and explains the training conceived by the authorities for training navigators and examines how it was or was not put into practice. Methods of determining latitude and longitude, sailing speeds and distances covered are described and explained. The differences in approach to this training developed in each of the sea going European nations are carefully presented and contrasted. Of special interest is the breach in understanding of what is necessary for a trainee navigator between the mathematical practitioners, who were appointed to teach those trainees, and the seamen, who were being trained, a large yawning gap between theory and practice. When discussing the Dutch approach to training Schotte clearly describes why experienced coastal navigators do not, without retraining, make good deep-sea navigators. The methodologies of these two areas of the art of navigation are substantially different.

The reader gets introduced to the methodologies used by deep-sea navigators, the mathematics developed, the tables considered necessary and the instruments and charts that were put to use. Of particular interest are the rules of thumb utilised to make course corrections before accurate methods of determining longitude were developed. There are also detailed discussions about how one or other aspect of the art of navigation was emphasised in the training in one country but considered less important in another. One conclusion the Schotte draws is that there is not really a discernable gradient of progress in the methods taught and the methods of teaching them over the two hundred and fifty years covered by the book. 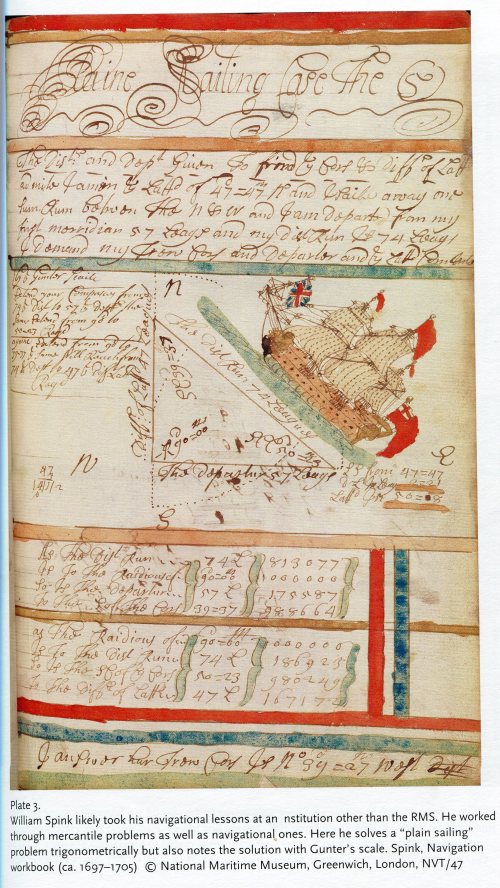 As well as everything you wanted to know about navigating sailing ships but were too afraid to ask, Schotte also delivers interesting knowledge of other areas. Theories of education come to the fore but an aspect that I found particularly fascinating were her comments on the book trade. Throughout the period covered, the teachers of navigation wrote and marketed books on the art of navigation. These books were fairly diverse and written for differing readers. Some were conceived as textbooks for the apprentice navigators whilst others were obviously written for interested, educated laymen, who would never navigate a ship. Later, as written exams began to play a greater role in the education of the aspirant navigators, authors and publishers began to market books of specimen exam questions as preparation for the exams. These books also went through an interesting evolution. Schotte deals with this topic in quite a lot of detail discussing the authors, publishers and booksellers, who were engaged in this market of navigational literature. This is detailed enough to be of interest to book historians, who might not really be interested in the history of navigation per se.

Schotte is excellent writer and the book is truly a pleasure to read. On a physical level the book is beautifully presented with lots of fascinating and highly informative illustrations. The apparatus starts with a very useful glossary of technical terms. There is a very extensive bibliography and an equally extensive and useful index. My only complaint concerns the notes, which are endnotes and not footnotes. These are in fact very extensive and highly informative containing lots of additional information not contained in the main text. I found myself continually leafing back and forth between main text and endnotes, making continuous reading almost impossible. In the end I developed a method of reading so many pages of main text followed by reading the endnotes for that section of the main text, mentally noting the number of particular endnotes that I wished to especially consult. Not ideal by any means.

This book is an essential read for anybody directly or indirectly interested in the history of navigation and also the history of practical mathematics. If however you are generally interested in good, well researched, well written history then you will almost certainly get a great deal of pleasure from reading this book.