The emergence of modern astronomy – a complex mosaic: Part XXII

The publication of Galileo’s Sidereus Nuncius was by no means the end of the spectacular and game changing telescopic astronomical discoveries during that first hot phase, which spanned 1610 to 1613. There were to be three further major discoveries, one of which led to a bitter priority dispute that would in the end play a role in Galileo’s downfall and another of which would sink Ptolemaeus’ geocentric model of the cosmos for ever.

The first new discovery post Sidereus Nuncius was the rather strange fact that Saturn appeared to have ears or as Galileo put it, it was three bodies “accompanied by two attendants who never leave his side.”

What Galileo had in fact observed were the rings of Saturn, which however because of the relative positions of Saturn and the Earth were not discernable as rings but as strange semi-circular projections on either side of the planet. What exactly the strange protrusions visible on Saturn were would remain a mystery until Christiaan Huygens solved the problem much later in the century. The astronomers of the Collegio Romano claimed priority on the Saturn discovery. Whether they or Galileo saw the phenomenon first cannot really be determined but it demonstrates once again that Galileo was by no means the only one making these new telescopic discoveries. Saturn’s two “attendants” didn’t really play a role in the ongoing astronomy/cosmology debate but the next discovery did in a very major way.

Probably stimulated by a letter from his one time student Benedetto Castelli (1578–1643) Galileo turned his attention to Venus and its potential phases. 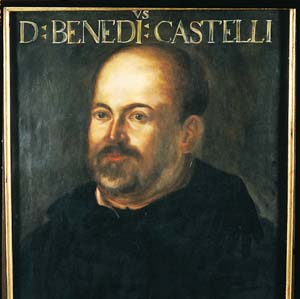 The Phases of Venus in both systems

The pure Ptolemaic geocentric system was irredeemably sunk but not, and that must be strongly emphasised, a number of geo-heliocentric systems. As already mentioned earlier, because they never strayed far from the sun’s vicinity and in a geocentric system even shared the sun orbital period, Mercury and Venus had since antiquity been assumed, by some, to orbit the sun whereas the sun orbited the earth in what is known as the Capellan system; a system that was very popular in the Middle Ages and had been praised as such by Copernicus in his De revolutionibus. Phases of Venus indicating a solar orbit were, of course, also consistent with a full Tychonic system in which the planets, apart from the moon, orbited the sun, which in turn together with the moon orbited the earth, as well as several variant semi-Tychonic systems. It was assumed that Mercury also orbited the sun, although its phases were first observed by  Pierre Gassendi (1592–1655) in 1631. The heliocentric phases of Venus were also discovered independently by Thomas Harriot, who, as always, didn’t publish, by Simon Marius, whose discovery was published by Kepler, and by the Collegio Romano astronomers, who also didn’t published but announced their discovery in their correspondence.

The other major telescopic discovery was the presence of blemishes or spots on the surfaces of the sun, again something that contradicted Aristotle’s assumption of the perfection of the celestial bodies. This discovery led to one of Galileo’s biggest priority disputes. This whole sorry episode began with a communication from the Augsburger banker and science fan, Marcus Welser(1558–1614), who was also a close friend of the Jesuits.

This communication contained three letters on sunspots written by the Ingolstädter Jesuit Christoph Scheiner (1573 or 75–1650) under the pseudonym, Appeles.

Welser wanted to hear Galileo’s opinion on Scheiner’s discovery. Galileo was deeply offended, the heavens were his territory and only he was allowed to make discoveries there! The dispute was carried on two levels, the first was the question of priority and the second was the question of how to interpret what had been observed. Although, during the whole dispute Galileo kept changing the date when he first observed sunspots, in order to establish his priority and to claim the discovery as his, viewed with hindsight the priority dispute was a bit of a joke. We now know that Thomas Harriot  had recorded observations of sunspot before either Galileo or Scheiner but because he never published his observations, they were blissfully unaware of his priority. Even stranger, Johannes Fabricius (1587–1616), the son of Kepler’s intellectual sparing partner David Fabricius, had brought home a telescope from university in Leiden, where Rudolph Snell (1546–1613) was already holding lectures on the telescope in 1610, and together with his father had not only been observing sunspots but had already published a pamphlet on his observation in Wittenberg in 1611, where he was now studying.

The second part of the dispute was by far and away the more important. Scheiner had initially interpreted the sunspots as shadows cast upon the surface of the sun by small satellites orbiting it. It is was possible that through this interpretation he wished to preserve the Aristotelian perfection of this celestial body. Galileo opposed this interpretation and was convinced, correctly as it turned out, that the sunspots were actually some sort of blemishes on the surface of the sun.

Galileo answered Scheiner’s letters with three of his own, in the process stepping up his observation of the sunspots, as well as gathering observational reports from other astronomers. He was able to show through the quality of his observations and through mathematical analysis that the sunspots must be on the surface of the sun and that the sun must be revolving about its axis. With time Scheiner came to accept Galileo’s conclusions. Scheiner published three more sunspot letters under the title Accuratior Disquisitio in 1612. 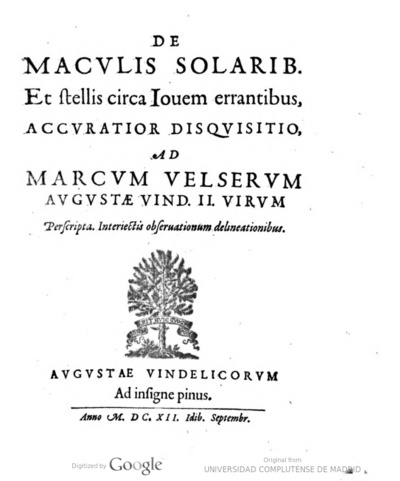 The Accademia dei Lincei, which had elected Galileo a member when he came to Rome to celebrate the Jesuit’s confirmation of his telescopic discoveries, published Scheiner’s original three letters together with Galileo’s three answering letters in a book titled, Istoria e Dimontrazioni, in 1613.

Having in his opinion won the priority dispute and proved that the sunspots were on the surface of the sun, Galileo basically gave up on his solar observations; Scheiner did not. Having built what was effectively the first Keplerian or astronomical telescope with two convex lenses, instead of one convex and one concave, as in the Dutch or Galilean telescope, giving a much wider field of vision and a much clearer and stronger image, Scheiner set out on a programme of solar astronomy. 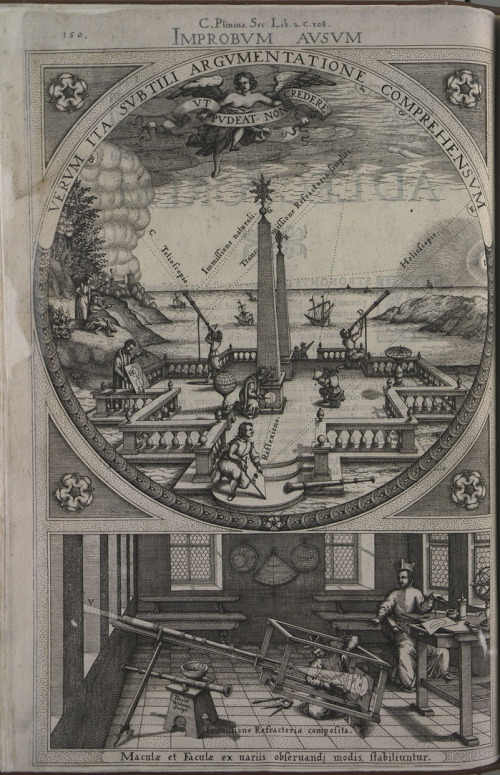 The astronomical telescope provided an inverted image but this was irrelevant as Scheiner was projecting the image onto paper in order to simplify the drawing on the sunspots and also to protect his eyes. A method also used by Fabricius and Galileo. He mounted his telescope on a special holder that allowed him to follow the sun in its journey across the heavens.

The end of this programme was his Rosa Ursina sive Sol, published in 1626-30, which remained the most important book on solar astronomy until the nineteenth century.

Galileo’s and Scheiner’s priority dispute entails a strong sense of historical irony. Not only did Harriot begin observing sunspots earlier than both of them and Johannes Fabricius publish on the subject before either of them but Chinese and Korean astronomers had been recording naked-eye observations of sunspots since the first millennium BCE. There are also scattered observations of sunspots beginning with the ancient Greeks and down through the Middle Ages in Europe.

A drawing of a sunspot in the Chronicles of John of Worcester 1129 Source: Wikimedia Commons

Famously Kepler recorded observations of a large sunspot that he made in 1607 mistakenly believing that he was observing a transit of Mercury.

Filed under History of Astronomy, History of science, Renaissance Science

6 responses to “The emergence of modern astronomy – a complex mosaic: Part XXII”