The emergence of modern astronomy – a complex mosaic: Part XX

It is not an exaggeration to say that the invention of telescope was a very major turning point in the general history of science and in particular the history of astronomy. Basic science is fundamentally empirical; people investigating the world make observations with their senses–taste, sight, touch, smell, hearing–then try to develop theories to describe and explain what has been observed and recorded. The telescope was the first ever instrument that was capable of expanding or strengthening one of those senses that of sight. The telescope made it possible to see things that had never been seen before.

The road to the telescope was a long one and one of the questions is why it wasn’t invented earlier. There are various legends or myths about devices to enable people to see things at a distance throughout antiquity and various lens shaped objects also from the distant past that might or might not have been lenses. Lenses in scientific literature in antiquity and the early middle ages were burning lenses used to focus sunlight to ignite fires. The first definite use of lenses to improve eyesight were the so-called reading stones, which emerged around 1000 CE, approximately hemispherical lenses, placed on documents to help those suffering from presbyopia, weakening of the ability of the eye to focus due to aging. 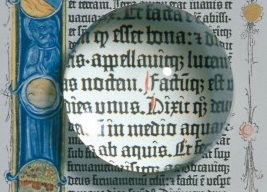 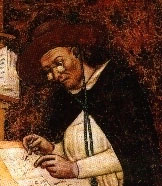 The earliest pictorial evidence for the use of eyeglasses is Tommaso da Modena’s 1352 portrait of the cardinal Hugh de Provence reading in a scriptorium Source: Wikimedia Commons

The current accepted theory of the discovery of simple lenses is that in the Middle Ages monks cutting gems to decorate reliquary discovered the simple magnifying properties of the gemstones they were grinding and polishing.

By the middle of the fifteenth century eye glasses utilising both convex and concave lenses were being manufactured and traded, so why did it take until 1608 before somebody successfully combined a concave lens and convex lens to create a simple so-called Dutch telescope?

There are in fact earlier in the sixteenth century in the writings of Girolamo Fracastoro (ca. 1476–1553) and Giambattista della Porta (1532–1615) descriptions of the magnifying properties of such lens combinations but these are now thought to refer to special eyeglasses rather than telescopes.

The early lenses were spherical lenses, which were hand ground and polished and as a result were fairly inaccurate in their form tending to deviate from their ideal spherical form the further out one goes from the centre.  These deformations caused distortions in the images formed and combining lenses increased the level of distortion making such combinations next to useless. It is now thought that the breakthrough came through the use of a mask to stop down the diameter of the eyepiece lens cutting out the light rays from the periphery, restricting the image to the centre of the lens and thus massively reducing the distortion. So who made this discovery? Who first successfully developed a working telescope?

This question has been hotly discussed and various claims just as hotly disputed since at least the middle of the seventeenth century. However, there now exists a general consensus amongst historian of optics.

[To see the current stand on the subject read the bog post that I wrote at this time last year, which I don’t intend to repeat here]

Popular accounts of the early use of the telescope in astronomy almost always credit Galileo Galilei, at the time a relatively unknown professor for mathematics in Padua, with first recognising the potential of the telescope for astronomy; this is a myth.

As can be seen from the quote from the French newsletter AMBASSADES DV ROY DE SIAM ENVOYE’ A L’ECELence du Prince Maurice, arriué à la Haye le 10. Septemb.1608., recording the visit of the ambassador of the King of Siam (Thailand), who was also present at the first demonstration of the telescope the potential of this new instrument, as a tool for astronomy was recognised from the very beginning:

…even the stars which normally are not visible for us, because of the scanty proportion and feeble sight of our eyes, can be seen with this instrument.

In fact the English polymath Thomas Harriot (1560–1621) made the earliest known telescopic, astronomical observations but, as with everything else he did, he didn’t publish, so outside of a small group of friends and acquaintances his work remained largely unknown. Also definitely contemporaneous with, if not earlier than, Galileo the Franconian court mathematicus, Simon Marius (1573–1625), began making telescopic observations in late 1609. However, unlike Galileo, who as we will see published his observations and discoveries as soon as possible, Marius didn’t publish until 1614, which would eventually bring the accusation of having plagiarised Galileo.  At the Collegio Romano, the Jesuit University in Rome, Odo van Maelcote (1572–1615) and Giovanni Paolo Lembo (1570–1618) were also making telescopic observations within the same time frame. There were almost certainly others, who didn’t make their observations public.

Before we turn to the observations and discoveries that these early telescopic observers made, we need to look at a serious technical problem that tends to get ignored by popular accounts of those discovery, how does a telescope work? In 1608 when the telescope first saw the light of day there existed absolutely no scientific explanation of how it worked. The group of early inventors almost certainly discovered its magnifying effect by accident and the first people to improve it and turn it into a viable scientific instrument, again almost certainly, did so by trial and error. At this point the problem is not to find the optical theory needed to develop better telescopes systematically but to find the optical theory necessary to justify the result the telescope produced. Using any sort of instrument in science requires a scientific explanation of how those results are achieved and as already stated at the beginning no such theory existed. The man, who came to the rescue, was Johannes Kepler in the second of his major contributions to the story of heliocentric astronomy.

Already in 1604 in his Ad Vitellionem Paralipomena Astronomiae pars optica, Kepler had published the first explanation of how lenses focus light rays and how eyeglasses work to compensate for short and long sightedness so he already had a head start on explaining how the telescope functions. 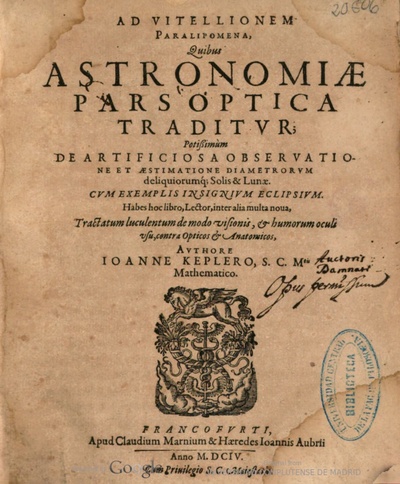 Francesco Maurolico (1494–1575) had covered much of the same ground in his Theoremata de lumine et umbra earlier than Kepler but this work was only published posthumously in 1611, so the priority goes to Kepler. 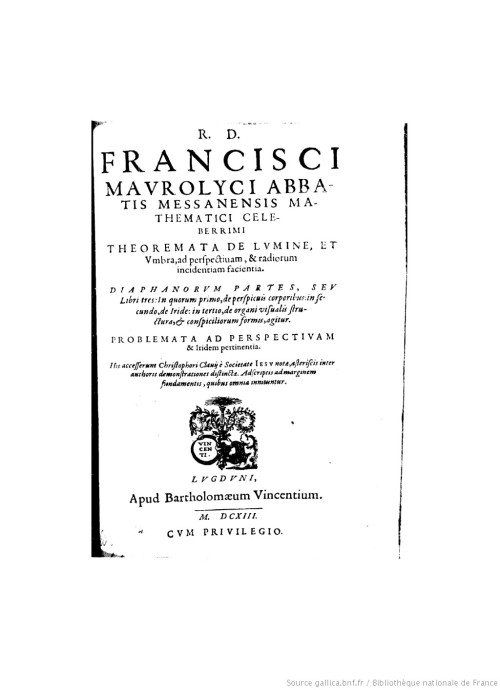 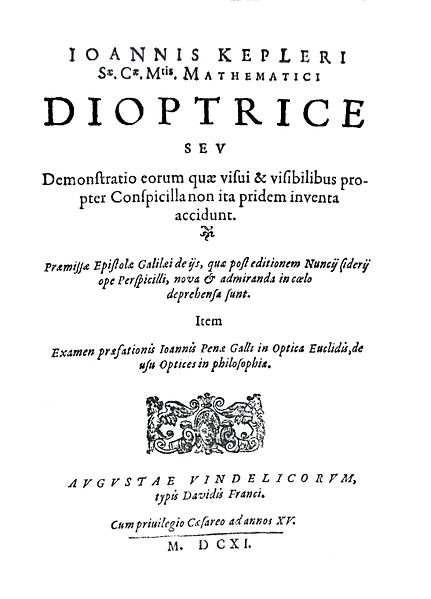 In the next section we will turn to the discoveries that the various early telescopic astronomical observers made and the roles that those various discoveries played in the debates on, which was the correct astronomical model of the cosmos. A much more complicated affair than it is often presented.

2 responses to “The emergence of modern astronomy – a complex mosaic: Part XX”