Sacha will always remain Honorary Editor in Chief in perpetuity but we now have a new Supervisory Editor here at the Renaissance Mathematicus, her name is Chilli and this is her story.

When Sascha died, having been a dog owner for nigh on thirty years, I started looking round for a new dog. Not a replacement, you can’t replace a dog, as each one has a unique personality. I failed to find the right one, as a dog becomes your life partner, especially if you live alone, it has to feel right and none of the dogs I considered did. I then figured that all three of my dogs had found me, so if I were destined to have a new dog, it would also find me. In the mean time I became a dog sitter. I looked after other peoples dogs in the times when they couldn’t, took them for walk, fed them, provided them with a home for weekends when their owners were away. This is how I came to know Chilli. 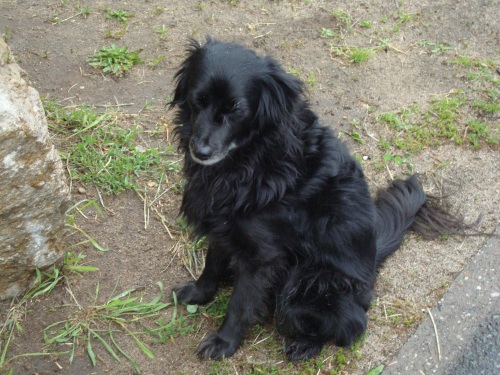 Chilli practicing being a rock

Chilli was a family dog living not very far away from me, who I already knew from walks with Sascha in the woods behind my flat. She lived together with a woman and her husband and their two kids. It was the kids I mostly met when walking in the woods. The couple got divorced and the kids grew up and got jobs and it came about that the mother, who worked full time, was left alone with Chilli. She would rush home during her lunch breaks to take Chilli out for a quick walk. One day, having learnt that I was a dog sitter, she asked me if I would take Chilli out at lunch times during the week; I work at home. I suggested instead that I pick Chilli up in the mornings, walk her, feed her, play with her and then return her home in the evenings. And so it came about that Chilli became my daytime, working week dog. 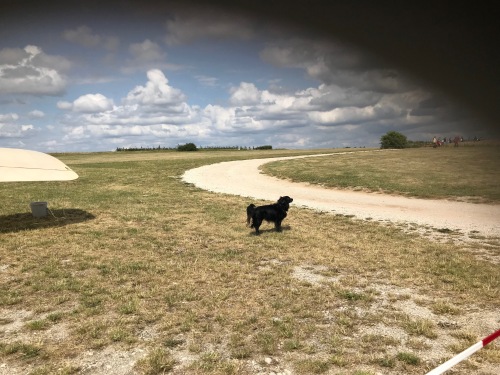 Chilli checking out the airfield at a local air show

After about nine months the daughter, who was living in Nürnberg, became pregnant and having stopped working decided to take Chilli to live with her and her new family. And so Chilli and I parted company. Fast-forward about fifteen months, the first baby is now a toddler and the daughter is pregnant for the second time. Chilli, who is now an old lady, does not like the high-speed toddler, who zooms around the family home and starts growling softly whenever said infant gets too close. The mother is justifiably worried that Chilli might snap at her child and injure it, so I got a telephone call from her mother for whom I had originally dog sat Chilli. She explained the situation and asked if I would, under the circumstances, be prepared to give Chilli a new home. After due consideration I agreed and so Chilli has now moved in with me. We are two old folks who just want a little bit of peace and quiet.