Although the theory that a curved mirror can focus an image was already known to Hero of Alexandria in antiquity and also discussed by Leonardo in his unpublished writings; as far as we know, the first person to attempt to construct a reflecting telescope was the Italian Jesuit Niccolò Zucchi. 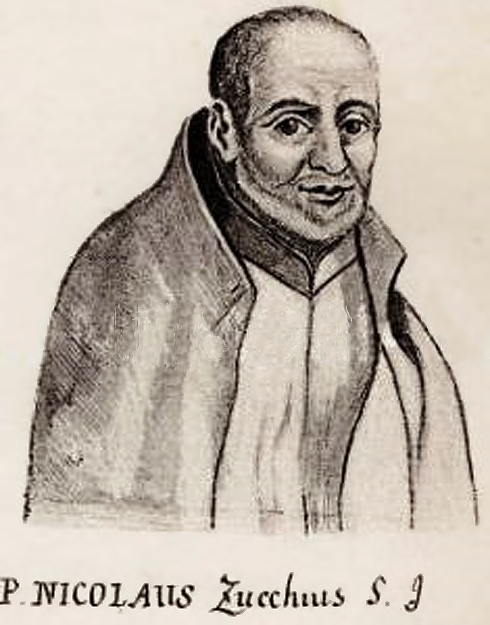 Niccolò Zucchi, born in Parma 6 December 1586, was the fourth of eight children of the aristocrat Pierre Zucchi and his wife Francoise Giande Marie. He studied rhetoric in Piacenza and philosophy and theology in Parma, probably in Jesuit colleges. He entered the Jesuit order as a novice 28 October 1602, aged 16. Zucchi taught mathematics, rhetoric and theology at the Collegio Romano and was then appointed rector of the new Jesuit College in Ravenna by Cardinal Alessandro Orsini, who was also a patron of Galileo.

In 1623 he accompanied Orsini, the Papal legate, on a visit to the court of the Holy Roman Emperor Ferdinand II in Vienna. Here he met and got to know Johannes Kepler the Imperial Mathematicus. Kepler encouraged Zucchi’s interest in astronomy and the two corresponded after Zucchi’s return to Italy. Later when Kepler complained about his financial situation, Zucchi sent him a refracting telescope at the suggestion of Paul Guldin (1577–1643) a Swiss Jesuit mathematician, who also corresponded regularly with Kepler. Kepler mentions this gift in his Somnium. These correspondences between Kepler and leading Jesuit mathematicians illustrate very clearly how the scientific scholars in the early seventeenth century cooperated with each other across the religious divide, even at the height of the Counter Reformation.

Zucchi’s scientific interests extended beyond astronomy; he wrote and published two books on the philosophy of machines in 1646 and 1649. His unpublished Optica statica has not survived. He also wrote about magnetism, barometers, where he a good Thomist rejected the existence of a vacuum, and was the first to demonstrate that phosphors generate rather than store light.

Today, however Zucchi is best remember for his astronomy. He is credited with being the first, together with the Jesuit Daniello Bartoli (1608–1685), to observe the belts of Jupiter on 17 May 1630.  He reported observing spots on Mars in 1640. These observations were made with a regular Galilean refractor but it is his attempt to construct a reflecting telescope that is most fascinating.

In his Optica philosophia experimentis et ratione a fundamentis constituta published in 1652 he describes his attempt to create a reflecting telescope. 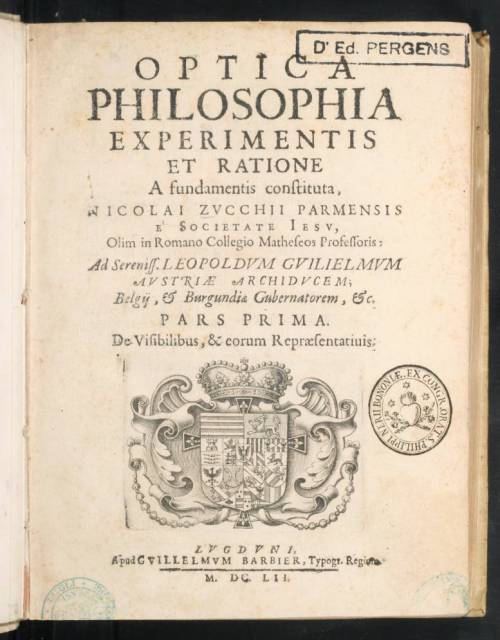 As I said at the beginning, and have described in greater detail here, the principle that one could create an image with a curved mirror had been known since antiquity. Zucchi tells us that he replaced the convex objective lens in a Galilean telescope with bronze curved mirror. He tried viewing the image with the eyepiece, a concave lens looking down the tube into the mirror. He had to tilt the tube so as not to obstruct the light with his head. He was very disappointed with the result as the image was just a blur, although as he said the mirror was, “ab experto et accuratissimo artifice eleboratum nactus.” Or in simple words, the mirror was very well made by an expert. 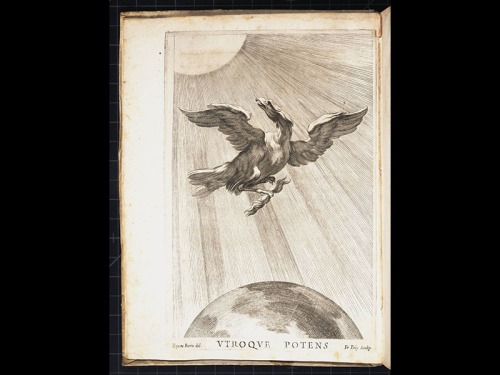 Zucchi had stumbled on a problem that was to bedevil all the early attempts to construct a reflecting telescope. Mirror that don’t distort the image are much harder to grind and polish than lenses. (The bending of light in a lens diminishes the effect of imperfections, whereas a mirror amplifies them). The first to solve this problem was Isaac Newton, proving that he was as skilled a craftsman as he was a great thinker. However, it would be more that fifty years before John Hadley could consistently repeat Newton’s initial success.

All the later reflecting telescope models had, as well as their primary mirrors, a secondary mirror at the focal point that reflected the image either to the side (a Newtonian), or back through the primary mirror (a Gregorian or a Cassegrain) to the eyepiece; the Zucchi remained the only single mirror telescope in the seventeenth century.

In the eighteenth century William Herschel initially built and used Newtonians but later he constructed two massive reflecting telescopes, first a twenty-foot and then a second forty-foot instrument. 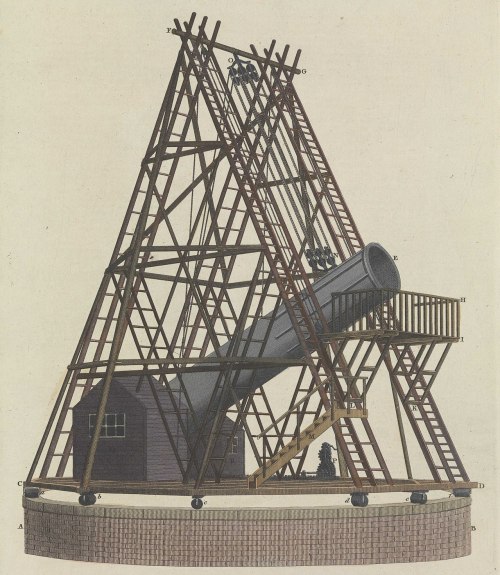 Herschel’s Grand Forty feet Reflecting Telescopes A hand-coloured illustration of William Herschel’s massive reflecting telescope with a focal length of forty feet, which was erected at his home in Slough. Completed in 1789, the telescope became a local tourist attraction and was even featured on Ordnance Survey maps. By 1840, however, it was no longer used and was dismantled, although part of it is now on display at the Royal Observatory, Greenwich. This image of the telescope was engraved for the Encyclopedia Londinensis in 1819 as part of its treatment of optics. Herschel’s Grand Forty feet Reflecting Telescopes Source: Wikimedia Commons

These like Zucchi’s instrument only had a primary mirror with Herschel viewing the image with a hand held eyepiece from the front of the tube. As we name telescopes after their initial inventors Herschel giant telescopes are Zucchis, although I very much doubt if he even knew of the existence of his Jesuit predecessor, who had died at the grand old age of eighty-three in 1670.

3 responses to “The Jesuit Mirror Man”