Science writer Michael Brooks has thought up a delightful conceit for his latest book.* The narrative takes place in a sixteenth century prison cell in Bologna in the form of a conversation between a twenty-first century quantum physicist (the author) and a Renaissance polymath. What makes this conversation particularly spicy is that the Renaissance polymath is physician, biologist, chemist, mathematician, astronomer, astrologer, philosopher, inventor, writer, auto-biographer, gambler and scoundrel Girolamo Cardano, although Brooks calls him by the English translation of his name Jerome. In case anybody is wondering why I listed autobiographer separately after writer, it is because Jerome was a pioneer in the field writing what is probably the first autobiography by a mathematician/astronomer/etc. in the Early Modern Period.

Portrait of Cardano on display at the School of Mathematics and Statistics, University of St Andrews. Source: Wikimedia Commons 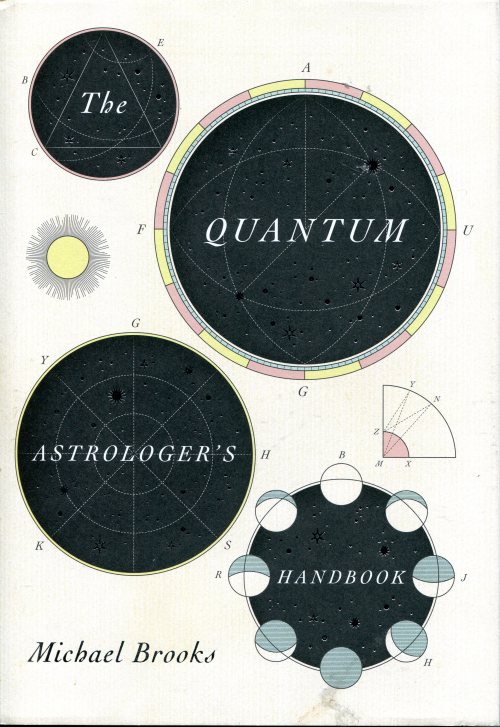 As most people know quantum mechanics is largely non-deterministic in the conventional sense and relies heavily on probability theory for its results. Jerome wrote the first mathematical tome on probability theory, a field he entered because of his professional gambling activities. He even included a section about how to cheat at cards. I said he was a scoundrel. The other thing turns up in his Ars Magna (printed and published by Johannes Petreius the publisher of Copernicus’ De revolutionibus in Nürnberg and often called, by maths historians, the first modern maths book); he was the first person to calculate with so-called imaginary numbers. That’s numbers using ‘i’ the square root of minus one. Jerome didn’t call it ‘i’ or the numbers imaginary, in fact he didn’t like them very much but realised one could use them when determining the roots of cubic equation, so, holding his nose, that is exactly what he did. Like probability theory ‘i’ plays a very major role in quantum mechanics.

What Michael Brooks offers up for his readers is a mixture of history of Renaissance science together with an explanation of many of the weird phenomena and explanations of those phenomena in quantum mechanics. A heady brew but it works; in fact it works wonderfully.

This is not really a history of science book or a modern physics science communications volume but it’s a bit of both served up as science entertainment for the science interested reader, lay or professional. Michael Brooks has a light touch, spiced with some irony and a twinkle in his eyes and he has produced a fine piece of science writing in a pocket-sized book just right for that long train journey, that boring intercontinental flight or for the week in hospital that this reviewer used to read it. If this was a five star reviewing system I would be tempted to give it six.

6 responses to “Conversations in a sixteenth century prison cell”