Charles Babbage wrote a sort of autobiography, Passages From The Life of a Philosopher.

One of its meandering chapters is devoted to his ideas about and work on his Analytical Engine. In one section he describes explaining to his friend the Irish physicist and mathematician James MacCullagh (1809–1847), who did important work in optics and was awarded the Royal Society’s Copley Medal in 1842,

how the Analytical Engine could be fed subroutines to evaluate trigonometrical or logarithmic functions, whilst working on algebraic operations. He goes on to explain that three or four days later Carl Gustav Jacob Jacobi (1804–1851) and Friedrich Wilhelm Bessel (1784–1846), two of Germany’s most important 19th century mathematicians, were visiting and discussing the Analytical Engine when MacCullagh returned and he completed his programming explanation. Which historian of 19th century mathematician wouldn’t give their eyeteeth to listen in on that conversation?

Having dealt with the problem of subroutines for the Analytical Engine Babbage moves on to another of his mathematical acquaintances, he tells us:

In 1840 I received from my friend M. Plana a letter pressing me strongly to visit Turin at the then approaching meeting of Italian Philosophers. In that letter M. Plana stated that he had inquired anxiously of many of my countrymen about the power and mechanism of the Analytical Engine.

Plana was Giovanni Antonio Amedeo Plana (1781–1864) mathematician and astronomer, a pupil of the great Joseph-Louis Lagrange (1736–1813), who was appointed to the chair of astronomy in Turin in 1811. 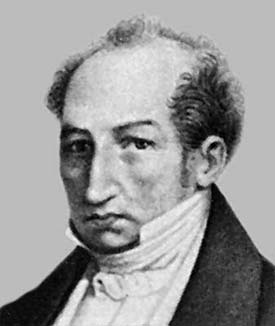 Plana worked in many fields but was most famous for his work on the motions of the moon for which he was awarded the Copley Medal in 1834 and the Gold Medal of the Royal Astronomical Society in 1840. The meeting to which he had invited Babbage took place in the Turin Accademia delle Scienze. This august society was founded in 1757 by Count Angelo Saluzzo di Monesiglio, the physician Gianfrancesco Cigna and Joseph-Louis Lagrange as a private society. In 1759 it founded its own journal the Miscellanea philosophico mathematica Societatis privatae Taurinensis still in print today as the Memorie della Accademia delle Scienze. In 1783 having acquired an excellent international reputation it became the Reale Accademia delle Scienze, first as the Academy of Science of the Kingdom of Sardinia and later of the Kingdom of Italy. In 1874 it lost this status to the newly reconstituted Accademia dei Lincei in Rome. It still exists as a private academy today.

The meeting to which Babbage had been invited to explain his Analytical Engine was the second congress of Italian scientists. Babbage’s invitation in 1840 was thus recognition of his work at the highest international levels within the scientific community.

Babbage did not need to be asked twice, packed up his plans, drawings and descriptions of the Analytical Engine and accompanied by MacCullagh set of for Turin.

A general plan of the Analytical Engine from 1840

This was not just your usual conference sixty-minute lecture with time for questions. Babbage spent several days ensconced in his apartments in Turin with the elite of the Turin scientific and engineering community. Babbage writes, “M. Plana had at first planned to make notes, in order to write an outline of the principles of the engine. But his own laborious pursuits induced him to give up this plan, and to transfer this task to a younger friend of his, M. Menabrea, who had already established his reputation as a profound analyst.”

Luigi Federico Menabrea (1809–1896) studied at the University of Turin and was an engineer and mathematician. A professional soldier he was professor at both the military academy and at the university in Turin. Later in life he entered politics first as a diplomat and then later as a politician serving as a government minister. He served as prime minister of Italy from 1867 to 1869. 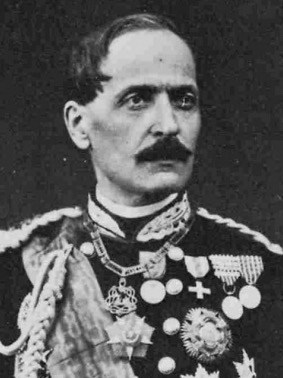 After another lengthy explanation of the programming of the Analytical Engine, Babbage writes:

It was during these meetings that my highly valued friend, M. Menabrea, [in reality Babbage had almost certainly never heard of Menabrea before he met him in Turin] collected the materials for that lucid and admirable description which he subsequently published in the Bibli. Uni. de Genève, t. xli. Oct. 1842.

This is of course the famous document that Ada Lovelace would translate from the original French into English and annotate. Babbage writes of the two documents:

These two memoires taken together furnish, for those who are capable of understanding the reasoning, a complete demonstration—That the whole of the developments and operations of analysis are now capable of being executed by machinery. [emphasis in original]

That he was never able to realise his dreams of the Analytical Engine must have been very bitter for Babbage and now that we can execute the whole of the developments and operations of analysis with machinery, which even a Charles Babbage could not have envisaged in the 19th century, we should take a moment to consider just how extraordinary his vision of an Analytical Engine was.