History (of Science) Books by Women

Last weekend saw several major newspapers publishing their books of the year list. Unfortunately these displayed, in several aspects, a serious lack of balance. Science and history of science books came up more than somewhat short and in some categories the male dominance was glaring. The latter problem provoked the following tweet by historian and history book author Lucy Worsley:

8 of 9 of the ‘history books of the year’ in today’s Times, and 19 out of 21 of ditto in today’s Telegraph, are by men. I’m not impressed. Lucy Worsley

In reaction to this tweet a hash tag sprang into life, #HistoryBooksbyWomen, under which some just listed the names of female history book authors and others tweeted names and book titles. My discipline the history of science is blessed with many excellent female historians, authors of many first class books. This being the case I thought that I might cruise along my bookshelves and present here a lightly annotated list of some of those books by women that have enriched and informed my career as a historian of science.

I start with my #histsci soul sisterTM, Rebekah ‘Becky’ Higgitt, whose volume in the way the nineteenth century saw Isaac Newton, Recreating Isaac, I reviewed here.

Becky is also co-author of the beautiful Finding Longitude, which I reviewed here. (Her co-author Richard Dunn is a man but we won’t hold it against him).

Staying with Newton we have Sarah Dry telling us what happened to his manuscripts in The Newton Papers and Lesley Murdin Under Newton’s Shadow: Astronomical Practices in the Seventeenth Century.

In the world of navigation, cartography and geodesy we have Christine Garwood Flat Earth: The History of an Infamous Idea, Joyce E. Chaplin Round About the Earth: Circumnavigation from Magellan to Orbit, Silvia Sumira Globes: 400 Years of Exploration Navigation and Power and Rachel Hewitt Map of a Nation: A Biography of the Ordnance Survey.

Representing the Middle Ages we have two biographies Nancy Marie Brown The Abacus and the Cross: The Story of the Pope Who Brought the Light of Science to the Dark Ages and Louise Cochrane Adelard of Bath: The First English Scientist. For fans of automata there is E. R. Truitt’s delightful Medieval Robots: Mechanism, Magic, Nature, and Art. 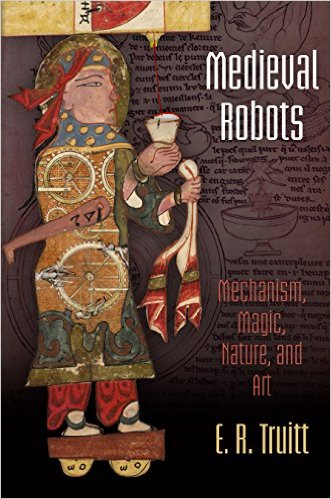 In the early modern period and the emergence of modern science we have Pamela O. Long Artisan/Practitioners and the Rise of the New Science, Pamela H. Smith The Body of the Artisan, Paula Findlen Possessing Nature: Museums, Collecting, and Scientific Culture in Early Modern Italy, Deborah E. Harkness The Jewel House: Elizabethan London and the Scientific Revolution, Eileen Reeves Galileo’s Glassworks, Lisa Jardine Ingenious Pursuits: Building the Scientific Revolution, her Going Dutch: How England Plundered Holland’s Glory, her On a Grander Scale: The Outstanding Life and Tumultuous Times of Sir Christopher Wren, and her The Curious Life of Robert Hooke: The Man Who Measured London, Ulinka Rublack The Astronomer & the Witch: Johannes Kepler’s Fight for His Mother, Sachiko Kusukawa Picturing the Book of Nature: Image, Text, and Argument in Sixteenth-Century Human Anatomy and Medical Botany and Susan Dackerman ed. Prints and the Pursuit of Knowledge in the Early Modern Period Featuring essays by Susan Dackerman, Lorraine Daston, Katherine Park, Susanne Karr Schmidt and Claudia Swann. 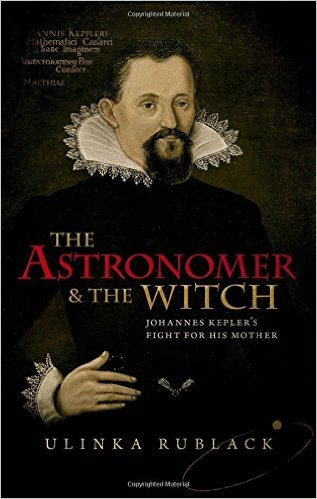 Turning to the eighteenth century we have Patricia Fara A Entertainment for Angels: Electricity in the Enlightenment, Susannah Gibson Animal, Vegetable, Mineral? How eighteenth-century science disrupted the natural order and Jenny Uglow The Lunar Men: The Friends Who Made the Future.

No Renaissance Mathematicus book list would be complete without some esoteric history. We start with Monica Azzolini The Duke and the Stars: Astrology and Politics in Renaissance Milan that I reviewed here, Louise Hill Cuth English almanacs, astrology & popular medicine: 1550–1700, Tamsyn Barton Ancient Astrology, Pamela H. Smith The Business of Alchemy: Science and Culture in the Holy Roman Empire, Frances A. Yates The Rosicrucian Enlightenment and her Giordano Bruno and the Hermetic Tradition as well as Ingrid D. Rowland Giordano Bruno: Philosopher/Heretic. Somewhere between the stools Lorraine Daston & Katherine Park Wonders and the Order of Nature.

Mathematics are represented by Kim Plofker Mathematics in India and Serafina Cuomo Ancient mathematics. Astronomy and cosmology by M. R. Wright Cosmology in Antiquity, Kitty Ferguson Measuring the Universe and Jessica Ratcliff The Transit of Venus Enterprise in Victorian Britain.

We close with a potpourri of titles that don’t quite fit into any of the categories above. We start with two excellent books by Laura J. Snyder, her four-way biography of nineteenth-century Cambridge polymaths The Philosophical Breakfast Club: Four Remarkable Friends Who Transformed Science and Changed the World and her double seventeenth-century art and science biography Eye of the Beholder: Johannes Vermeer, Antoni van Leeuwenhoek, and the Reinvention of Seeing. Two further biographies are Brenda Maddox Rosalind Franklin: The Dark Lady of DNA and Dorothy Stein Ada: A Life and a Legacy. Patricia Fara gives us a general survey of science history in Science A Four Thousand Year History and a look at the role some women played in that history in Pandora’s Breeches: Women, Science & Power in the Enlightenment. Deborah Jaffé also looks at the role of women in science and technology in Ingenious Women: From Tincture of Saffron to Flying Machines. Last but by no means least we have Ingrid D. Rowland’s translation of Vitruvius: Ten Books of Architecture.

This list is of course fairly random and somewhat arbitrary and is in no way comprehensive or exhaustive. All of the books that I have included are in my opinion good and quite a lot of them are excellent. They demonstrate that there is width, depth and variety in the writings produced by women in the history of science taken in its widest sense. Should any misogynistic male of the species turn up in the comments and claim that the above list is only so impressive, and I find it very impressive, because I, in some way, privilege or favour female historians then I must point out that I have many more history of science books by male authors than by female ones on my bookshelves.

If you wish to add your own favourite history of science books authored by women in the comments you are more than welcome.

Filed under Book Reviews, History of science, Ladies of Science

15 responses to “History (of Science) Books by Women”