We all have clichéd images in our heads when we hear the names of countries other than our own. For many people the name Switzerland evokes a muddled collection of snow-covered mountains, delicious superior chocolates and high precision clocks and watches. Jost Bürgi who was born in the small town of Lichtensteig, in the  Toggenburg region of the canton of St. Gallen on 28 February 1552 fills this cliché as the most expert clockmaker in the sixteenth century. However Bürgi was much more that just a Swiss clockmaker, he was also an instrument maker, an astronomer, a mathematician and in his private life a successful property owner and private banker, the last of course serving yet another Swiss cliché.

As we all too many figures, who made significant contributions to science and technology in the Renaissance we know next to nothing about Bürgi’s origins or background. There is no known registration of his birth or his baptism; his date of birth is known from the engraving shown below from 1592, in which the portrait was added in 1619 but which was first published in 1648. That the included date is his birthday was confirmed by Bürgi’s brother in law. 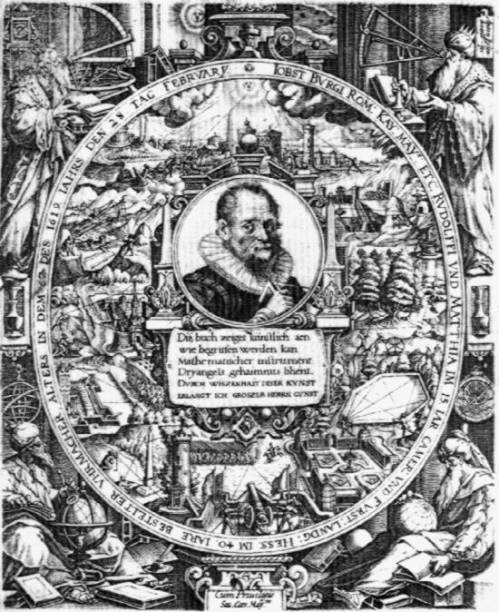 His father was probably the locksmith Lienz Bürgi but that is not known for certain. About his education or lack of it nothing is known at all and just as little is known about where he learnt his trade as clockmaker. Various speculations have been made by historians over the years but they remain just speculations. The earliest documentary proof that we have of Bürgi’s existence is his employment contract when he entered the service of the Landgrave Wilhelm IV of Hessen-Kassel as court clockmaker, already twenty-seven years old, on 25 July 1579. Wilhelm was unique amongst the German rulers of the Renaissance in that he was not only a fan or supporter of astronomy but was himself an active practicing astronomer. In his castle in Kassel he constructed, what is recognised as, the first observatory in Early Modern Europe. 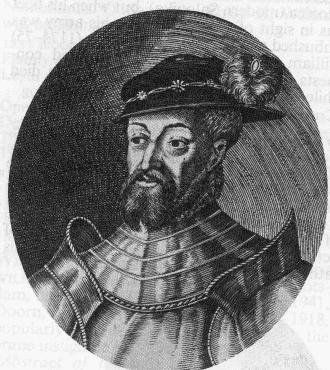 He also played a major role in persuading the Danish King Frederick II, a cousin, to supply Tycho Brahe with the necessary land and money to establish an observatory in Denmark. In the 1560s Wilhelm was supported in his astronomical activities by Andreas Schöner, the son of the famous Nürnberger cartographer, globe and instrument maker, astronomer, astrologer and mathematician Johannes Schöner. He also commissioned the clockmaker Eberhard Baldewein (1525-1593) to construct two planet clocks and a mechanical globe. 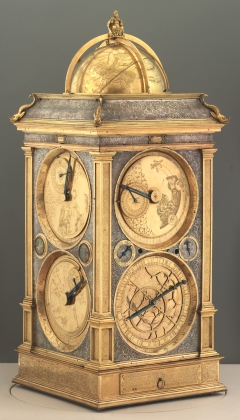 The planet clock shows the positions of the sun, moon and the planets, based on Peter Apian’s Astronomicom Caessareum, on its various dials. 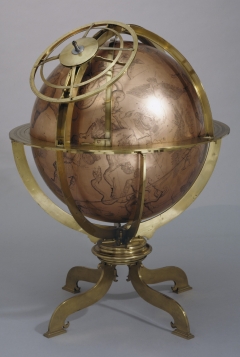 Eberhard Baldewein Mechanical Celestial Globe circa 1573 The globe, finished by Heinrich Lennep in 1693, was used to record the position of the stars mapped by Wilhelm and his team in their observations.

These mechanical objects were serviced and maintained by Baldewein’s ex-apprentice, Hans Bucher, who had helped to build them and who had been employed by Wilhelm, for this purpose, since 1560. When Bucher died in 1578-1579 Bürgi was employed to replace him, charged with the maintenance of the existing objects on a fixed, but very generous salary, and commissioned to produce new mechanical instruments for which he would be paid extra. Over the next fifty years Bürgi produced many beautiful and highly efficient clocks and mechanical globes both for Wilhelm and for others. 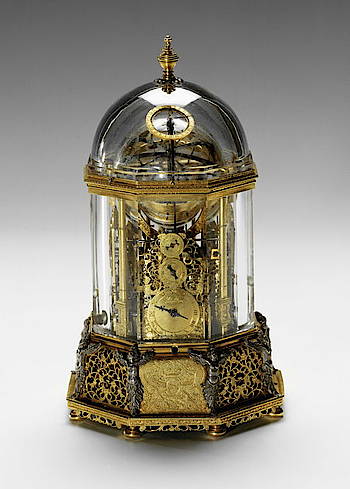 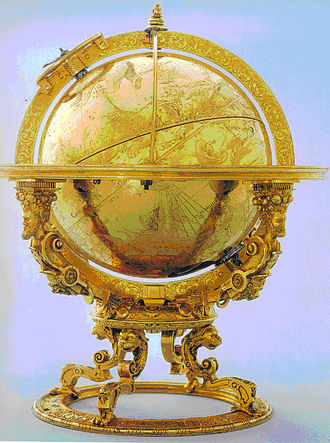 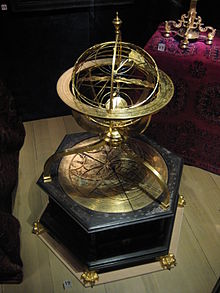 Bürgi was also a highly inventive clockmaker, who is credited with the invention of both the cross-beat escapement and the remontoire, two highly important improvements in clock mechanics. In the late sixteenth century the average clocks were accurate to about thirty minutes a day, Bürgi’s clock were said to be accurate to less than one minute a day. This amazing increase in accuracy allowed mechanical clocks to be used, for the first time ever, for timing astronomical observations. Bürgi also supplied clocks for this purpose for Tycho’s observatory on Hven. In 1592 Wilhelm presented his nephew Rudolph II, the German Emperor, with one of Bürgi’s mechanical globes and Bürgi was sent to Prague with the globe to demonstrate it to Rudolph. This was his first contact with what would later become his workplace. Whilst away from Kassel Bürgi’s employer, Wilhelm died. Before continuing the story we need to go back and look at some of Bürgi’s other activities.

As stated at the beginning Bürgi was not just a clockmaker. In 1584 Wilhelm appointed the Wittenberg University graduate Christoph Rothmann as court astronomer. From this point on the three, Wilhelm, Rothmann and Bürgi, were engaged in a major programme to map the heavens, similar to and just as accurate, as that of Tycho on Hven. The two observatories exchanged much information on instruments, observations and astronomical and cosmological theories. However all was not harmonious in this three-man team. Although Wilhelm treated Bürgi, whom he held in high regard, with great respect Rothmann, who appears to have been a bit of a snob, treated Bürgi with contempt because he was uneducated and couldn’t read or write Latin, that Bürgi was the better mathematician of the two might have been one reason for Rothmann’s attitude.

In the 1580s the itinerant mathematician and astronomer Paul Wittich came to Kassel from Hven and taught Bürgi prosthaphaeresis, a method using trigonometric formulas, of turning multiplication into addition, thus simplifying complex astronomical calculations. The method was first discovered by Johannes Werner in Nürnberg at the beginning of the sixteenth century but he never published it and so his discovery remained unknown. It is not known whether Wittich rediscovered the method or learnt of it from Werner’s manuscripts whilst visiting Nürnberg. The method was first published by Nicolaus Reimers Baer, who was then accused by Tycho of having plagiarised the method, Tycho claiming falsely that he had discovered it. In fact Tycho had also learnt it from Wittich. Bürgi had expanded and improved the method and when Baer also came to Kassel in 1588, Bürgi taught him the method and how to use it, in exchange for which Baer translated Copernicus’ De revolutionibus into German for Bürgi. This was the first such translation and a copy of Baer’s manuscript is still in existence in Graz. Whilst Baer was in Kassel Bürgi created a brass model of the Tychonic geocentric-heliocentric model of the cosmos, which Baer claimed to have discovered himself. When Tycho got wind of this he was apoplectic with rage.

In 1590 Rothmann disappeared off the face of the earth following a visit to Hven and for the last two years of Wilhelm’s life Bürgi took over as chief astronomical observer in Kassel, proving to be just as good in this work as in his clock making.

Following Wilhelm’s death his son Maurice who inherited the title renewed Bürgi’s contract with the court. 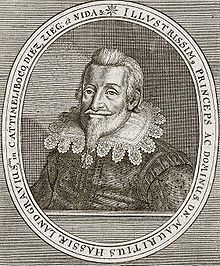 However Maurice did not share his father’s love of astronomy investing his spare time instead in the study of alchemy. Bürgi however continued to serve the court as clock and instrument maker. Over the next eight years Bürgi made several visits to the Emperor’s court in Prague and in 1604 Rudolph requested Maurice to allow him to retain Bürgi’s services on a permanent basis. Maurice acquiesced and Bürgi moved permanently to Prague although still remaining formally in service to Maurice in Kassel. Rudolph gave Bürgi a very generous contract paying him 60 gulden a month as well as full board and lodging. As in Kassel all clocks and globes were paid extra. To put that into perspective 60 gulden was a yearly wage for a young academic starting out on his career!

In Prague Bürgi worked closely with the Imperial Mathematicus, Johannes Kepler. Kepler, unlike Rothmann, respected Bürgi immensely and encouraged him to publish his mathematical works. Bürgi was the author of an original Cos, an algebra textbook, from which Kepler says he learnt much and which only saw the light of day through Kepler’s efforts. Kepler was also responsible for the publication of Bürgi’s logarithmic tables in 1620. 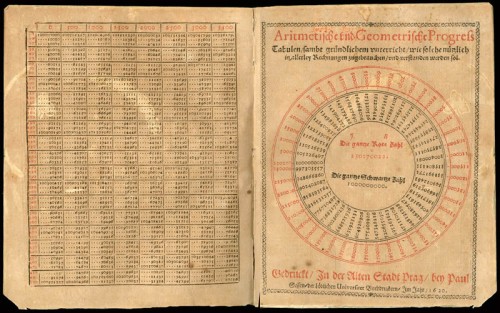 This is probably Bürgi’s greatest mathematical achievement and he is considered along side of John Napier as the inventor of logarithms. In many earlier historical works Bürgi is credited with having invented logarithms before Napier. Napier published his tables in 1614 six years before Bürgi and is known to have been working on them for twenty years, that is since 1594. Bürgi’s fan club claim that he had invented his logarithms in 1588 that is six years earlier than Napier. However modern experts on the history of logarithms think that references to 1588 are to Bürgi’s use of prosthaphaeresis and that he didn’t start work on his logarithms before 1604. However it is clear that the two men developed the concept independently of each other and both deserve the laurels for their invention. It should however be pointed out that the concept on which logarithms are based was known to Archimedes and had already been investigated by Michael Stifel earlier in the sixteenth century in a work that was probably known to Bürgi.

Through his work as clock maker Bürgi became a very wealthy man and invested his wealth with profit in property deals and as a private banker lending quite substantial sums to his customers. In 1631 Bürgi, now 80 years old, retired and returned ‘home’ to Kassel where he died in January of the following year shortly before his 81st birthday. His death was registered in the Church of St Martin’s on the 31 January 1632. Although now only known to historians of science and horology, in his own time Bürgi was a well-known and highly respected, astronomer, mathematician and clock maker who made significant and important contributions to all three disciplines.

25 responses to “A Swiss Clockmaker”