On 19th December 1705 the demonstrator of experiments at the Royal Society turned the crank on the apparatus, that he had constructed especially for this demonstration, setting an evacuated glass globe in rotation against which he pressed a woollen cloth. There was “quickly produced a beautiful Phaenomenon, viz, a fine purple light and vivid to that degree, that all the included Apparatus was easily and distinctly discernable by the help of it.”[1] 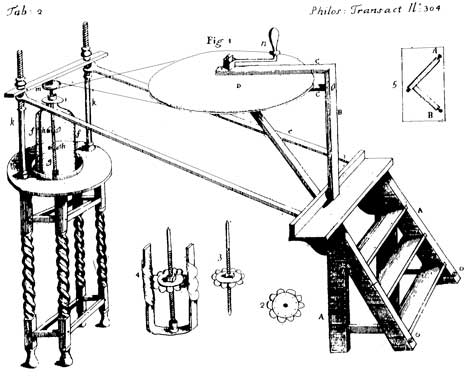 With this, at the time, spectacular experiment the demonstrator, Francis Hauksbee, set a series of scientific discoveries in motion that, in the year 2000, would lead  an author  to accuse Isaac Newton of being a tyrant.

To find out why this accusation was raised and whether it was true come and read this year’s Christmas Day post at the Renaissance Mathematicus.  Did Isaac victimise Stephen?

3 responses to “A Fine Purple Light”