Any major new scientific theory experiences a period of reception after publication in which it is examined, questioned, subject to criticism and put to the test. During this period, which can and very often does last for several decades, those who occupy themselves with the new theory can be enthusiastic supporters, sworn enemies or reasonably neutral observers all of whom are dedicated to getting their viewpoint accepted in opposition to the others. This was very much the case in the period following Newton’s publication of the Principia. 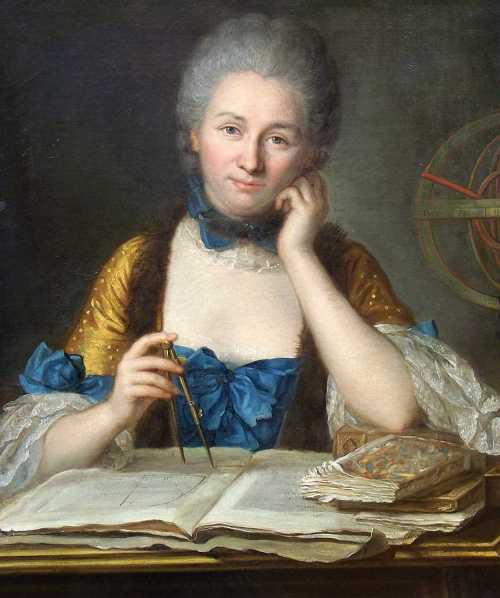 In England his theories were accepted fairly quickly not only because he was English, which certainly played a role, but also because England had, at that time, far and away the highest level of acceptance of the Keplerian astronomy, why this was so is an interesting question that I wont attempt to answer here, and also at the time that Newton published the mathematical physicists and astronomers were very much in ascendance within the English scientific community. In other European countries the reception was more mixed. Surprisingly in Italy Newton’s theories enjoyed a comparatively early positive reception. In Germany and Switzerland, Leibniz’s dominance led to a more cautious and negative reception. Holland then a major centre of intellectual activity proved a very positive field for his theories but there was stiff competition from the acolytes of both Descartes and Boyle. In France the reception was very negative with the French savants taking up arms in defence of the theories of Descartes against the English intruder. Against the nationalist fuelled Cartesian steamroller gravity was almost totally defeated throughout the Grand Nation but there was one small corner of Gallic Newtonianism that stood against the Cartesian barrage.

This core of resistance was centred round the charismatic figure of François-Marie Arouet better known as Voltaire, writer, historian, philosopher, satirist and convinced Newtonian. His two main scientific activists were the mathematician and astronomer Alexis Claude Clairaut who famously recalculated Halley’s date for the return of his comet and the polymath Pierre Louis Moreau de Maupertuis who led the expedition to Lapland to measure the meridian arc and thus prove Newton right and the Cartesians wrong. However probably the most important figure of this group was, surprisingly for the eighteenth-century, a woman Gabrielle-Émilie Le Tonnelier de Breteuil, Marquise du Châtelet who was born on the 17th December 1706 and whose countryseat in Cirey-sur-Blaise was the centre of activity for the French Newtonians.

One time lover of Voltaire she was a mathematician and physicist in her own right whose advanced teachers had been Maupertuis, Johann Bernoulli (Euler’s teacher) and Clairaut. She published several important papers and was the first to show that kinetic energy is proportional to the square of the velocity and not the velocity as had been previously believed.

However her scientific legacy was her translation into French, the first, of Newton’s Principia. In the end the group from Cirey-sur-Blaise carried the day and established Newtonian physics in France and Émilie du Châtelet’s Principia stands as a proud monument to an extraordinary woman. 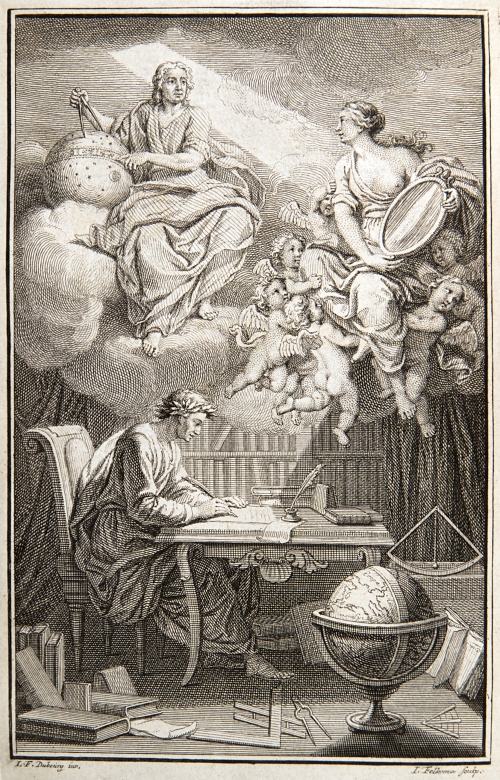 In the frontispiece to their translation of Newton, du Châtelet is depicted as the muse of Voltaire, reflecting Newton’s heavenly insights down to Voltaire.

10 responses to “A feminist Newtonian”